Just finished reading Lamb by Christopher Moore, a comedic retelling of Jesus’ life through the eyes of his irreverent childhood pal, Biff. Imagine Monty Python’s Life of Brian or Mel Brooks’ History of the World Part 1 and you’ll get the idea. I laughed out loud through most of it, and I really enjoyed the concept of Jesus as a fictional character. Most of the plot revolves around Jesus and his pal, seeking out the three wise men, each of whom happen to represent the world’s major Eastern religions: Buddhism, Taoism, and Hinduism. In a few parts you wonder how well Moore researched his subject; you never know when he is intentionally throwing out ideas for comedic purpose or whether he misinterprets the basic tenets of the religion. Parts of Hinduism, for example, comes straight out of Indiana Jones and the Temple of Doom and the part on Buddhism leaves out any reference to its teachings on change and walking the middle path. Overall, Jesus as monk is quite brilliant, since many books have already been written revealing the remarkable similarities between Jesus and Buddha. On another note, I did find the author to be a little too fixated on sex. While the subject of sex, especially in the context of Biblical times, makes for quite a bit of hilarity, I found it a bit overused, and it made me wonder how much of the author’s personality was being expressed through Biff.

The biggest letdown, however, was the ending—I expected so much more, and with the concept as clever as it is, it’s a shame that Moore couldn’t manage to pull off a story with more meaning. An angel resurrects Biff after 2000 years (modern day) to tell his version of events, and while some of the importance of his gospel is hinted at, nothing more is explained, nor does the author attempt to give his own interpretation to the meaning of the Bible. The story exists for no other reason than to entertain, which, given the subject matter, feels like a missed opportunity. Either way, you will laugh (hard), and the subject matter walks such a fine line between blasphemy and reverence (a testament to the author) as to be quite impossible to quit reading once you’ve started. Overall, I recommend Lamb, it’s just a shame it couldn’t have been more. 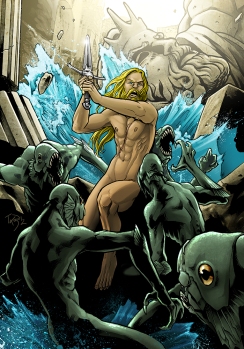 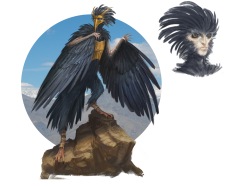 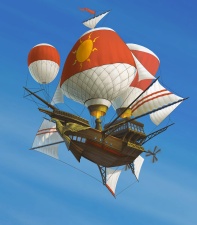