This was the obvious subject after my last two Devil’s Advocate posts. Now I’m not talking about starting with Once upon a time . . . although I am not opposed to that either, I am talking about story telling conventions, like the orphaned hero or the one-in a million underdog or the prostitute with the heart of gold. There is no more common advice in writing than, be original! Or as one book put it, Remember, novel means new! So who was I, even playing the role of Devil, to challenge such advice? For a long time I thought about it, afraid any argument I could make would get crushed. But then the truth hit me: we claim to want originality, but our pocketbooks prove otherwise. Look at the top grossing movies of all time: Avatar, Titanic, Avengers. While greatly entertaining, each of these films tells a very simple, unoriginal story. The same is true of top-selling books. Harry Potter and the Twilight Saga spring to mind. Even George R. Martin’s critically acclaimed Song of Ice and Fire closely resembles Lord of the Rings and The Once and Future King. A cursory glance at the “New Fantasy” shelf in any bookstore will almost always consist of dragons, elves, vampires, zombies and hooded rogues. Where are the truly original works? Why aren’t more books like Mythago Wood at the top of everyone’s reading list? Why aren’t Franz Kafka or Kurt Vonnegut our most popular authors? If clichés were so off putting, dragons would have disappeared from covers years ago. The truth is, people continue to read and watch clichés, despite the critics, and there are several reasons for it.

For one, the average American reads between 6-18 books per year (statistics vary), while there are literally millions of titles in existence. Quite often, young adults cracking Eragon open for the first time have simply never read of Pern or Dragonlance, nor care to. Teenybopper girls devouring Twilight have likely never heard of Bram Stoker. What’s cliché for one person isn’t for everybody, which is why the most well-read individuals are also the most ardent critics of the cliché.

Secondly, nobody can agree on what a cliché is. For me, cliché is a useless word. The clothing industry has the right idea when certain styles are deemed “out of fashion”. Nobody is saying to never wear bell-bottom jeans ever again, but when a look appears frequently, it loses its appeal. The same is true of literary styles and concepts. In the seventies and early eighties, zombies were everywhere. For the next few decades, the walking dead dropped off the imaginary map, and then suddenly, without any provocation, the zombies came back. And in force! Just like bell-bottom jeans. Personally, I am sick of zombie, vampire, dragon and elf stories. In fact, in the 2012 Writer’s Market, some publishers went so far as to state in their guidelines, “We do not want any vampire stories.” These publishers were responding to the expected shift in fashion. They realize vampire stories can’t sell well forever. So maybe instead of cliché we should use the term fashion or trend when talking about books.

Thirdly, there is the prevailing myth that the opposite of the cliché exists. After all, if people hate clichés, they must prefer its opposite, right? But much like the giant squid, true originality is damn near impossible to find, or identify. Did you think The Matrix was original? Not if you saw Dark City or Existenz. In fact, the concept of reality not being reality is thousands of years old, going back to the Ancient Greek philosopher, Plato, in his allegory of the cave. Where The Matrix managed to be more original was in mixing ideas. Nobody had ever seen a noir/Sci-Fi/Kung-Fu/action film asking age old philosophy questions; and keep in mind it’s only the Kung-Fu part that set it apart from Dark City, which came just one year earlier. Since no human being can possibly read everything ever written, you can only say a story is more original than another. As far as I am aware, E.A. Abbott’s Flatland, featuring geometric shapes as characters, is unique. But how can I know that for certain? I can only say with confidence that Flatland is more original than most stories. But weighing abstract concepts like originality is so open to bias, the whole exercise is pointless. Of course, I do not advocate photocopying Lord of the Rings and slapping your name on it, but I also can’t exclude anyone from writing a story involving evil magic jewelry that need destroying.

Historically, the idea of the cliché is a new concept. Take a look in any European museum, and you will find, with almost universal commonality, the same two subjects: Greek myths and the Bible. There is a reason Leonardo Da Vinci sculpted David and Michelangelo found himself unable to stray from the Bible with his equally impressive Pieta. In fact, any muscular man in a museum is assumed to be a Biblical hero, a Greek hero, or a god. A statue of Conan in the 18th century could only have invited confusion. But with the invention of the printing press and the start of the Industrial Revolution, humanity experienced an intellectual explosion. For the first time in history, literacy became a thing for everyone, and global communication allowed for the exchange, and mixing, of ideas from all over the world. Out of this explosion came the first forays into fantasy and science fiction. Writers were free to explore any concept imaginable, and thanks to minds like Jules Verne, H.G. Wells and Edgar Rice Burroughs, humanity became hooked on the new. Novels like The Time Machine dressed up old concepts in the clothing of science, but the idea of a stranger in a foreign land can be traced straight back to the Odyssey. The freedom of creativity that came at the turn of the century was a wonderful thing. Scientific discovery and sharing between cultures offered writers the set dressing to tell old stories in new ways, allowing for more originality, but the basic tenets of storytelling remains the same.

In the search for the ever elusive original idea, critics often neglect our literary roots. We are so accustomed to the notion of “new and improved” that we forget that the very best stories, found in Homer, the Bible, Grimm’s Fairy Tales and the Arabian Nights, have been told and retold for centuries. The Greeks and the Hebrews were fond of retelling their epics because they understood the value of story; they didn’t disregard or discredit inspiring ideas to meet the unrealistic demand for originality. They were of humanity’s first bards, so naturally, they discovered what truths resonate most with people; as the old adage goes, if wasn’t a good idea, it wouldn’t have become a cliché.

Why doesn’t the big bad wolf eat the three little pigs? Such an ending would make for a more original fairy tale, but people, by wide margins, prefer the happily-ever-after cliché. Even when the bad guy wins, as in some versions of Little Red Riding Hood, it’s to make a statement, to scare kids into obedience. Sure, Hamlet dies and his girlfriend commits suicide, but it’s the injustice of it that makes it a tragedy. Even the film Salo, reviled for its depictions of rape and torture, was made in opposition to the fascism that inspired it. We humans identify with our own natures, clichés be damned. We want good people to find happiness and cruel and sadistic behavior to result in bad consequences. The Greeks and the Hebrews figured this out long ago, and since then, the cliché of good conquering evil persists. Why else do people flock in droves to watch a boy grow up to overcome great evil? It’s a tale as old as time and it resonates deep within our subconscious minds. We love our clichés, our story telling conventions, just the way the Greeks and Hebrews did. We may dress it up in a hundred different outfits; we may try to create the illusion of originality, but in the end, it’s just the same old story. 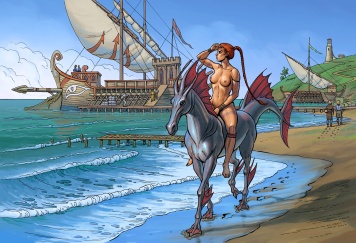 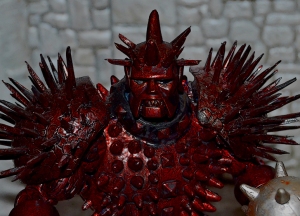 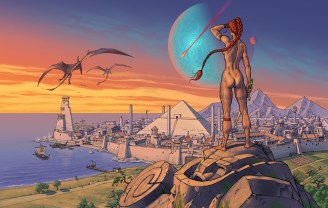