Ray Bradbury died last month on June 5th. In honor of his memory, I decided to review his 1950’s masterpiece, The Martian Chronicles. I am almost ashamed to admit that I’d never read any of Bradbury’s books before. I am familiar with many of the giants of Sci-Fi, like Wells, Asimov, Clarke and Frank Herbert, but Bradbury somehow fell under my radar.

Every now and then, when a book like this comes along, you just have to set aside writing conventions and sit in awe. At the top of my copy it says, The Grand Master Editions. Grand master, indeed. The Martian Chronicles is a work of true genius and I am hard pressed to say anything about it that doesn’t come across as trite. I have often lamented that the greats of Sci-Fi literature outweigh those of fantasy, and Ray Bradbury adds proof to this claim. Like Ursula K. Leguin or Peter S. Beagle, his prose is effortlessly lyrical. He is a writer’s writer, someone who loves words and understands how to use them. Modern books have mostly abandoned the idea that beautiful writing has merit; too many bad poets have given poetry a bad rap, so publishers urge simplicity and readable over beauty. Authors like Bradbury, however, prove that it’s quite possible to have your cake and eat it too.

But The Martian Chronicles is much more than a collection of well crafted words. Ray Bradbury definitely has something to say, using science fiction as a pulpit from which to comment on the many issues of his day. The 1940’s and 50’s was a radical time. It saw the end of the second World War, the possibility of nuclear apocalypse, and the continued struggle for race equality in America. It was a fertile time for social commentary. In The Martian Chronicles, Bradbury’s Mars is a mirror reflecting the prejudice and ignorance of human society. In this regard I identify as a kindred spirit. Bradbury rails against everything from racism to dishonesty in government to the hubris of religion and science. In one controversial story, edited out of some editions, black people, oppressed by their American “bosses” and by the KKK, build a rocket ship to find a new world of equality. Mars is a clean slate from which humanity has an opportunity to start anew; the red planet, and the Martians who inhabit it, exist as a kind of Eden, or Ilmarinen (if you’re familiar with my book). Unfortunately, the first human explorers bring their humanity with them.

But it’s not all doom and gloom. There is a bit of dark humor and silliness to be found here, as even Bradbury could not take himself too seriously. In the early parts of the book, hilarity ensues when the first astronauts attempt to make alien contact. Despite the Martians ability to communicate with Earthlings, trouble comes from the clash of cultures. As precursors to Heinlein’s Stranger in a Strange Land, Bradbury’s Martians are so mentally and physiologically alien, relations between them and humans becomes impossible.

If there is one small caveat I might make, it’s that The Martian Chronicles isn’t what I expected. It’s more of an anthology than a straightforward novel. Many of the stories were previously published in Sci-Fi magazines. Despite this fact, every story is self-contained within the same chronological universe, and characters from previous stories make reappearances later on. The biggest criticism one could argue is that there are no protagonists, and I sometimes wished to continue in the same character’s footsteps, but it later dawned on me that it’s not the individuals that matter. Bradbury’s novel exists on much greater time scales, and to tell the story through the eyes of one or two people would be missing the point. The focus, rather, is on the setting as the characters move through it. Setting is the character. And just like any good character, Mars has its struggles for identity and survival and its transitional epiphany. Humanity is the other protagonist. When these two meet, there is wooing, shunning, mutual understanding, and finally, coexistence. It is, in some way, a love story.

For more on this remarkable author, visit his official site here: http://www.raybradbury.com/ 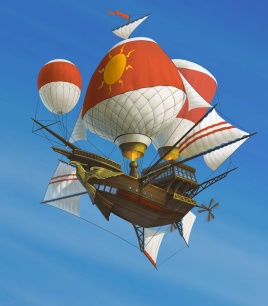 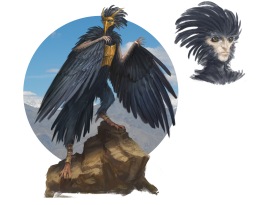