Skip to content
I must apologize for the lack of content. My efforts are being directed toward my novel, The Princess of Aenya, about which I am feeling very positive. With each new book (PoA is my fourth), the writing process becomes less laborious, so I can focus more on story and character. To commemorate the start of this new project, I picked up an Apple Macbook Air (my first time using Apple) which is great, but not without downsides. It’s lightweight, the keyboard is quick and responsive, and it boots up in seconds. The bad: no ‘delete’ key (yeah, you read that right) and MS Word is a bit glitchy, so I am learning to use Scrivener, a word processor made specifically for writers.

My wife (god bless her) is still working as my agent-agent, querying weekly. Unfortunately, Ages of Aenya is a hard sell. It’s just too damn brilliant to be pigeonholed into one sentence or paragraph, nor does it fall easily into genre types like “vampire romance” or “billionaire sadomasochism fantasy”. The very best books defy categorization. Think Frank Herbert’s Dune; how do you describe that to an agent? Oh, it’s a book about giant worms, a desert planet, and a drug that makes you see into the future! Ages of Aenya is like that. Yes, it’s about naked heroes on another planet, fighting to save the world from a cyborg; but really, such a description is an injustice. I am sometimes discouraged by agent apathy, but whenever someone actually reads the thing—and I mean really reads it—the feedback is overwhelmingly positive. This is why I have been brainstorming ways to promote Aenya besides the traditional route:

1.) deviantArt is a great place to start. As of this posting, the most recent image of ‘Xandr and Thelana‘ by Frans Mensink garnered 9922 views, 163 comments and 548 favorites. Each and every comment has been overwhelmingly positive. Some of my favorites: Adam and Eve are BACK…and THIS time, they’re NOT taking any apples!!! / This one is so *** awesome!!! I’m in love! / THIS IS SO EPIC! / They both look badder than hell. / Doesn’t get any tougher than this. Gotta be hardcore to do battle completely in the buff. / I love the fact that they don’t use the classic thong designed to cover the minimum. Those guys are more honest and more logical. / I personally think there’s nothing much more badass than a dude/lady that kick your ass while wearing nothing. It takes real valor and guts. Awesome, huh? It just goes to prove that nudephobia/homophobia is becoming a thing of the past. Ironically, images of Xandr and Thelana have overcome prejudice, just as the characters in the novel. The times, they are a changin’. A free book giveway, linked to more great art, might be a way to get attention. And be sure to hit the link above to add your comments! 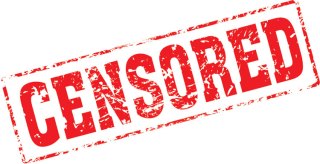 3.) I have been thinking a lot about YouTube. Popular videos are seen by millions. A video showcasing work by Frans Mensink and Alexey Lipatov, combined with flashy text and the right music, might be a great way to reach out to more people. After all, I already have a rough cut illustrated story which you can read here: The Ages of Aenya: Illustrated Adventure.

4.) If agents feel uncertain about Ages of Aenya because I am an unknown author, they may feel more inclined after The Princess of Aenya gets picked up, which is a bit more mainstream, especially in the clothing department.

Finally, Alexey has agreed to work on the first portrait of Princess Radia Noora of Tyrnael, which I will be posting soon, so stay tuned! 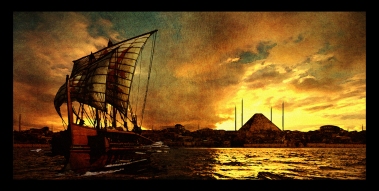 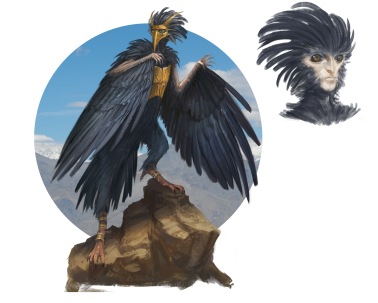 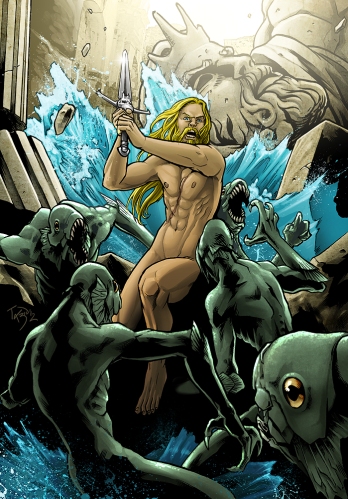 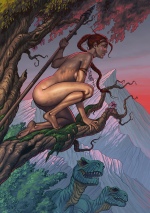 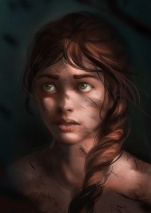 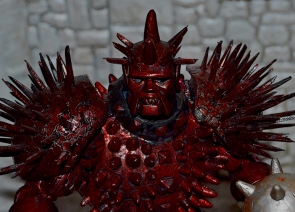 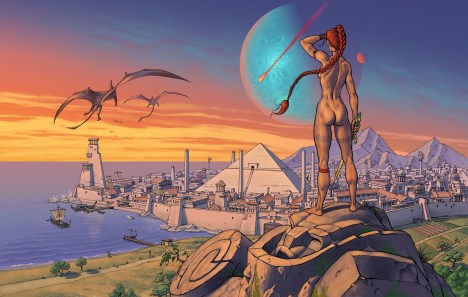 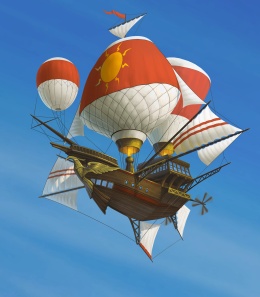 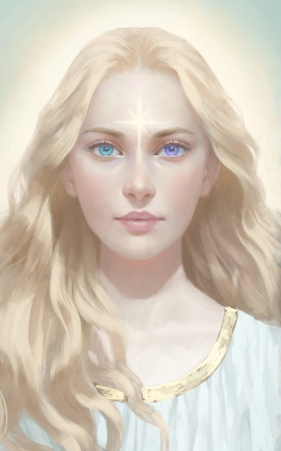 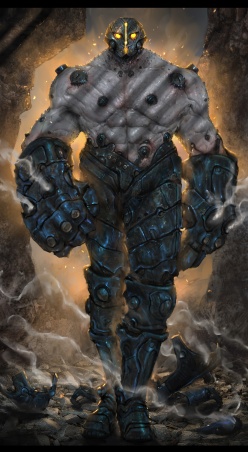 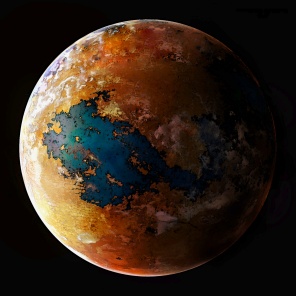 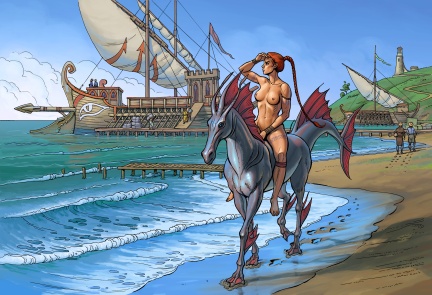