Let me preface this post by admitting that I have a deep admiration and respect for philosopher Sam Harris. I listen to his podcast weekly, highly recommend his books, The End of Faith, Letter to a Christian Nation, Waking Up: A Guide to Spirituality Without Religion, and Islam and the Future of Tolerance, and I agree with most of what he has to say regarding religion and Islamic-inspired terrorism. But when Harris asserts an idea I don’t agree with, with a certainty unbecoming of Socrates, I find myself itching to debate him, and here I would like to tackle his assertion that there is no such thing as free will.

Most modern-day philosophers, Daniel Dennet and Sam Harris among them, agree that free will does not exist. That we have any choice in what we do from day to day, in how we shape our lives, is merely an illusion. According to Harris, if you decide to eat a ham sandwich for lunch, it’s not really you making that decision. There are all kinds of neurons firing in your brain, conspiring without forethought, to impress upon your consciousness the belief that, “I want a ham sandwich.” In reality, your body settled on two slices of bread with ham, Swiss and mayo before you could even realize it. Take something less innocuous, like murder, for instance. Harris states that becoming a murderer is really beyond your control. It is determined by countless little factors like brain chemistry, parenting, and a history of violence. He is quick to point out, however, that while the freedom to murder does not exist, we are equally bound by whether or not to excuse it. Society and nature dictate that we act to discourage murder from happening. In that we are in full agreement.

Now the problem I have with the issue of free will is twofold. Firstly, there is tapestry theory, which states that the whole cannot be defined by the sum of its parts. Van Gogh’s Starry, Starry Night ceases to be a painting of stars once separated into its constituent drops of paint, nor does the essence of the painting reside anywhere within those droplets. In like fashion, when it comes to free will, I do not limit my focus to neurons in the brain. By extension, a human being is greatly more than the contents of his body. So while the neurons in my brain are telling me to eat a ham sandwich, I would ask, how did those neurons get that way? More than likely, my digestive system sent subtle suggestive signals up into my head. Perhaps there is even some deficiency in my blood a ham sandwich might help to remedy. Furthering that, how could I know to want a ham sandwich if I never learned what a sandwich is, or what ham is? So memory plays a role. Then again, I cannot possibly remember something that does not exist. No doubt, space and time are equally determining factors regarding free will, which brings us back to murder. My wanting a ham sandwich, just like the guy wanting to kill his wife, is determined by countless factors that go back to the beginning of Time. Heck, without the Big Bang, I also could never want a ham sandwich.

But all this begs the question: what the heck is free will? In simplest terms, according to the OED, free will |ˌfrē ˈwil| is

the power of acting without the constraint of necessity or fate; the ability to act at one’s own discretion.

I would ask Sam Harris to imagine what it would be like if free will did exist. What would that look like? Is it even possible? I say not. Why? Because when philosophers talk about free will, what they really mean to say is cause and effect. Never mind humanity. Can a universe exist without cause and effect? I, for one, cannot imagine there being one. Our universe is one of physical laws, with one thing acting upon another thing ad infinitum. When we talk about wanting a ham sandwich, yes, the neurons are firing in the direction of ham + bread + mayo, but those neurons are further composed of atoms, and those atoms act according to the strong and nuclear forces that bind them. We’re all just things being acted upon by other things. Arguing against this is a moot point. Theoretical physicist Michio Kaku seems to have understood this when he said, in a discussion on StarTalk Radio, that free will most definitely can exist, because of quantum theory. Subatomic particles are not bound by cause and effect. Quarks blip in and out of existence for no apparent reason, and move in undeterminable patterns, in what is better known as the Heisenberg Uncertainty Principle. What Kaku understands is that the argument over free will is an argument over physical laws, but in the subatomic realm, these laws start to breakdown.

Now I am not about to use the Heisenberg Uncertainty Principle to argue against Sam Harris. That’s a bit of a stretch. But I do feel we need to better define our terms when we argue philosophy, and not fall into the trap of semantics. In some sense, I agree with Harris. We cannot make decisions irrespective of causality. But this isn’t how the free will debate is worded. When you vehemently argue that people’s lives are preprogrammed, that any decision they make is illusory, that we are all in a sense slaves, this causes the mind to protest. I am not suggesting, however, that Harris make his philosophy more palatable, but rather, that in using terms like freedom and illusion, his argument makes false implications. You cannot claim to be a slave when freedom not only doesn’t exist, but cannot exist. You cannot claim something is an illusion where there is no reality. There is no difference, in this case, between wanting a ham sandwich and believing that I want a ham sandwich. The person who thinks himself as free is free.

And now I really want a ham sandwich.

2 thoughts on “What is Free Will?” 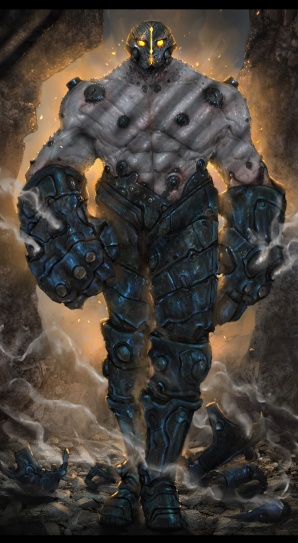 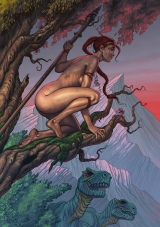