OK, for real now, I picked up the 1952 novel, The Old Man and the Sea, with its unassuming cover of water (just water) because it’s Hemingway, and his book won the Pulitzer Prize. They made a movie in 1958 with Spencer Tracy, and a remake (for some reason) in 1990, starring Anthony Quinn.

Now if this review sounds a bit half-assed, that’s because it is. The Old Man and the Sea is by no means a bad book. It’s quite well-written, in fact, and the main character (the only character, really) is likable enough, with a struggle that most any reader can relate to. At around 26,000 words, you can finish it in an afternoon. Hell, I’ve read longer chapters (The Princess Bride contains a 100+ page chapter, while the shortest has to be from Life of Pi, at just two words, yes two, which are: The Story). The Old Man and the Sea is your ultimate big-fish story, about a guy named Manolin who spends days trying to catch a Marlin that’s bigger than his old rickety boat. [Spoiler Alert!] So what’s my problem? I am not sure. Maybe if I liked fishing, I would have enjoyed it more. Thing is, I love a good story, no matter the subject. I loathe Netflix when it gives me a suggestion, “We think you’ll like this, a 98% match, based on your viewing history.” Screw you, Netflix! You don’t know me! Of course, good storytelling is layered. Oftentimes, a simple story, like Catcher in the Rye, can contain an ocean of meaning. Maybe Manolin’s struggle to catch this fish is symbolic of man’s struggle to . . . something. I dunno. I could not bring myself to care. Melville did it better.

What mostly interested me here is Hemingway, a literary giant (they’ve made movies about his life!) who is said to have greatly influenced the craft. Hemingway is the anti-Lovecraft, his style consisting of few adjectives, fewer adverbs, and not a fragment of flowery language. As I was reading his book, I never once stopped to think, “What a beautiful passage.” This isn’t to say he doesn’t excel at painting a scene, or in giving vivid description. As any How-To will tell you, his words never get in the way of his story. But if you’re someone who adores the beauty of language, you may find Hemingway a bit lacking. I love my Lovecraft (see what I did there? Bad writing, Nick! Bad!) and my Robert Howard. I’ll take The Frost Giant’s Daughter to The Old Man and the Sea any day, and I cannot help but feel that poetic language is just what Hemingway’s novel needed. As is, it’s just . . . adequate.

Why oh why do the editors of major publishing houses today feel this is the way we should all be writing? I suspect it has something to do with pop culture, and a declining educational system that places little emphasis on the classics. Nobody is reading Shakespeare for fun anymore. 50 Shades of Grey, with its straightforward prose, is a best-seller, while modern masterpieces like Cloud Atlas end up in dusty libraries. Is it all Hemingway’s fault? I don’t think so. He was a product of his time, no more or less than Shakespeare was the rockstar of his. That being said, I don’t feel that The Old Man and the Sea has aged as well as the critics of the 50’s imagined it would. Hemingway is like Picasso, the painter who gutted tradition in favor of a simpler, less elegant style. And yet, show someone who knows nothing about art Les Demoiselles d’Avignon alongside the far less respectable Cat Girl (by Frazetta), and I am guessing which one they’ll prefer. In the same vein, I imagine Lovecraft, with his endless barrage of adverbs, comparing more favorably to Hemingway in the decades to come. At least among us plebeians. 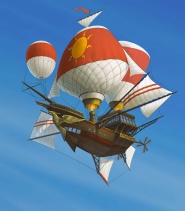 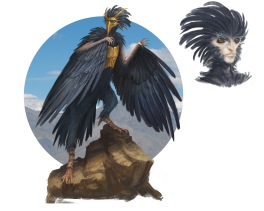