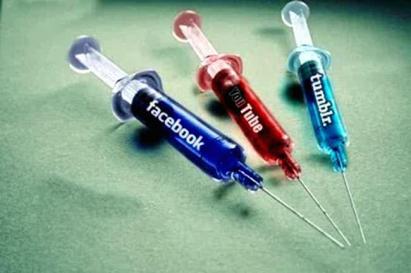 Remember chatrooms? Thirty or more strangers blinking from your computer screen, with names like poonsnack6324, rambling simultaneously and incoherently, with tortured spelling and non-existent grammar, while that one guy tried to impress everyone with his keyboard doodles as half a dozen others are engaged in a text-orgy? Those sure were the good ol’ days, amirite?

AOL was a black hole, destroying all sense of decency, nuance and meaningful discourse. It revealed to the world the darkest and most depraved inner workings of the human animal. Before AOL, I used to think the world would be a better place if we all had telepathy, if we knew what everyone was thinking. Now we know that what everyone is thinking is gross. We are in dire need of a filter, a tradition of civility to keep civilization from descending into chaos, what is sorely lacking when social interaction is coupled with anonymity. As if chatrooms weren’t bad enough, we have also discovered the dangers of Instant Messaging, and random profile searches. This early feature appears, at first, like a vast technological improvement over Facebook. Want to talk to someone from halfway around the world about your favorite My Little Pony episode? Just look for MLP, under Hobbies, and you’ll find someone, maybe a guy or girl who lives nearby, or is of the same age, or potentially a romantic interest. The problem became apparent when men—mostly men—started stalking preteen girls, pretending to be girls themselves. The producers of To Catch a Predator, a show built around catching online predators, were shocked and dismayed by the success of their show, owing to the sheer number of adult males looking to rape underage girls. Eventually, AOL got rid of their pedophile search feature, but they couldn’t remove the ugly truth we learned about humanity.

Back in the 90s, we were enamored by AOL. It was never as interesting, fun or helpful as a visit to the library, but we were amazed by the technology. Suddenly, you could talk to anyone anywhere from the comfort of your own bedroom! Problem was, we just didn’t know how awful other people could be. We assumed, as we often do, that newer means better.

In hindsight, the AOL era seems absurd. It’s like we collectively fell under a Jonestown-like spell, and now that it’s over, we are embarrassed by the hours we wasted on it. This begs the question: will we eventually come to feel about other social media platforms the way we do about chatrooms and Instant Messaging? I think the answer is already coming to fruition. Facebook users are dropping like flies, especially among the youth, who no longer see it as the thing of the future. Nobody cares what you had for breakfast, or wants to see your vacation photos, or your newborn baby. And what kind of narcissist do you have to be to share the minutia of your everyday life anyway? Do we really need to connect to everyone we’ve ever known since elementary school? Over the years, Facebook has morphed from a virtual space for friends and family, to a pop culture news channel. I use it to learn about D&D and Marvel movies, so there’s that.

Nevertheless, social media remains a powerful force in our lives, and the kids have moved on, to Instagram and Snapchat, and stuff I am too old to care about (I stopped at Twitter). What differentiates these forums from previous ones isn’t that they provide more features, but less. Twitter gives you 280 characters (up from 140) to get your point across. Instagram exists primarily for photo sharing, because nobody has the time to actually read what you have to say. Thanks to a never-ending bombardment of information, we’ve lost our ability to focus, and still hunger for more. We struggle to keep up, to separate everything that might interest us from the noise, but it’s sensory overload. If you’re reading this, you may start to wonder why you’re even here, when you could be watching Netflix, or finishing the last thing you bought for PS4, or better yet, reading a book. Our attentions have become the world’s greatest commodity, and entertainment companies are competing over it the way governments fight for oil.

Now I want you to ask yourself a simple question. Do you love Facebook? Or, if you don’t use it, some other platform? Have you ever heard anyone say, “I love Instagram!” the same way they might talk about their favorite heavy metal band or movie or book? I haven’t, and I am betting you haven’t either. And yet, according to TIME magazine, Americans look at their phones 8 billion times a day, or 46 times a day on average per person, and it’s not just for Angry Birds (fuckit I’m old). But if we are not loving what we are doing, what could be the cause of our obsession? The answer, I think, is obvious. Social media is digital heroin. I have spent my life avoiding addictions, abstaining even from beer, and yet here I am, hooked on this little plastic rectangle in my pocket. Even when I am watching my favorite TV show, I’ll pause to check the damn thing. It’s a demon that’s taken over my life, and that might be a good thing, if I truly loved my phone, but I don’t. I feel about it the way an addict feels about heroin—he doesn’t want it, but he needs it.

Like any other drug, there is a chemical component to this addiction. Every time we receive a like, or a positive comment for something we’ve written, a tiny dose of endorphins gets released in our brains. I am always looking for that next fix, and I can get pretty high whenever somebody tells me they loved my book, or found my latest post worthwhile. But just like heroin, the reward-center of our brains fails to deliver over time, and we are forced to do more just to get the same feeling. When we can’t get a like, when we feel that nobody out there truly cares, we fall into a depression.

Life is chemistry, and what separates happiness from despair is simply a matter of the chemicals running through us. Almost everything we do is for the sake of those sweet sweet endorphins, or dopamine or oxytocin; or serotonin, which you get from love and chocolate. This makes anything and everything a drug, and our brains is the biggest dealer. Food is a drug. Sex is a drug. Exercise is a drug. Drugs are drugs. But this isn’t to say that all drugs are equivalent or necessary. The purpose of our happy-chemicals is to make life rewarding, but when we choose something like heroin over, say, friendship, we are cheating the system, and this more often results in destructive consequences.

Social media is cheating the system. We become addicted to ‘likes’ because we crave approval, because we are inherently social creatures. We all have a need for belonging, for acceptance and love. But there are crucial differences between interacting online and a face-to-face chat. Online, we remain anonymous, and can disappear at a whim. Imagine walking up to a person, saying hello to them, and then watching that person simply walk away without acknowledging your existence. Such behavior borders on the cruel, and yet it happens everyday on Facebook. Aside from how we treat one another, we miss out on seeing a human face, reading another’s expressions, or hearing a tonal inflection. Wordless communication is as important as the words themselves. Social media also doesn’t take into account the sense of urgency, the sense of presence and sense of the present one finds when sharing physical space with another person. You are forced to pay attention to your loved one when they are focused on you. This makes your time together all the more meaningful, because you can’t scroll past them. This is what Facebook has failed to provide us, and as we spend more time away from real human beings, we begin to lose our sense of self. We become invisible, begin to feel inconsequential, because to almost everyone you meet online, you are.

This isn’t to say we need to rid the world of social media. Facebook brings people with diverse beliefs and opinions together. Atheists, nudists, and those among the LGBTQ community can find each other readily, particularly if they are living in the Bible Belt. Before the Internet, I used to think I was the only one who liked to go nude, or collect action figures, or play D&D. Now I know that I am not alone, that my interests are in fact common.

We need to find a sense of balance. You can have your online-only friends, but it’s just as important, if not more so, to spend time with actual flesh and blood people. But it’s not just social media that’s robbing us of our humanity. Too many of us spend hundreds of hours in front of a screen, whether it’s binge-watching Netflix, or substituting life with their favorite MMORPGs.

Good thing is, society is waking to the dangers of this infant internet technology, which might explain the sudden and unexpected explosion in board games. Twenty years ago, you couldn’t find a lonely chess set at my local bookstore, now there’s an enormous section of everything from Pokemon cards to Catan. Honestly, if you had told me five years ago that D&D would enjoy it’s most profitable year in 2017, I would have laughed in disbelief. But video game systems, despite their exponentially growing processing power, cannot replace genuine human interaction. When I am sitting at a table with friends and family, rolling dice, I get a sense that I am having a real experience, something I will remember and cherish. I can also say the same for the books that I’ve read. Sure, it’s all imaginary, but it’s still more rewarding than a funny meme, because there is a greater depth of meaning to be found in the pages of a carefully crafted story. Books, board games, sports (ok, I don’t do sports) endure the test of time because their value lasts in our memories, and the endorphins we get from them push us not away from life, but toward it. That’s why I can say I love D&D, and reading, and riding my bike. But I may not do those things as often as I should, because things of lasting value take time to earn, and to attain these things we must remember how to focus, and how to have patience.

I guess what I am trying to say is, click the X in the corner of this screen and pick-up a book. Or a d20. Or, use your phone as phones were intended and call a friend. Get off your lazy butt and do something. Reality is waiting. 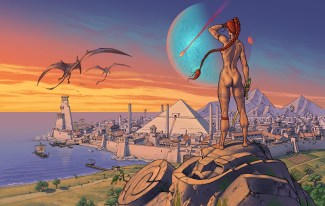 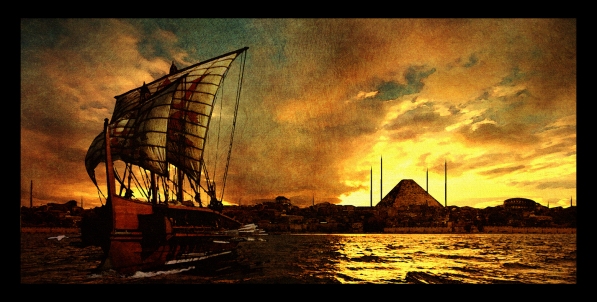 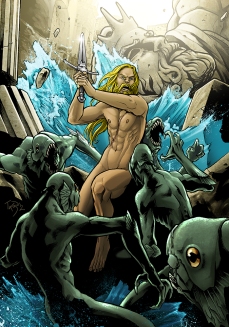 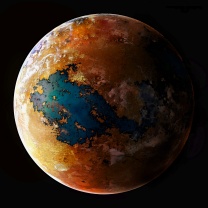 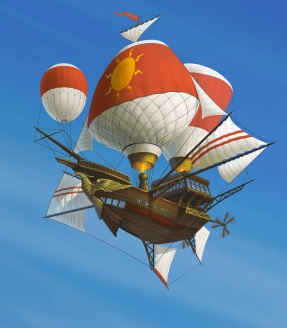 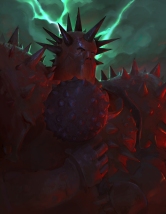 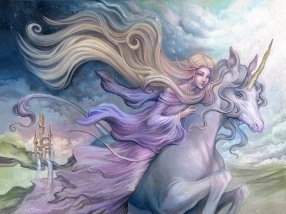 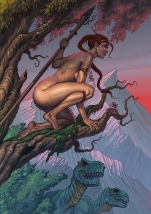