My two most popular posts involve scams. I’ve received thankful messages from hundreds of writers for steering them clear of Olympia Publishers. Yet, I feel I’ve done nothing but drive them into the bigger scam that is the independent book industry.

Don’t get me wrong. If you want to see your name in print or share some personal story with friends and family, the indie route is a valid option. Indie publishing is also great for writing for a particular niche audience. If you’re a gay man, you may want to share your journey with the LGBTQ community, or maybe you’re a cyclist who wants to write the ultimate guide to biking the Appalachian Trail. I knew an author ranked #1 on Amazon for her Canadian historical teen romance novel. I can’t say what kind of money she made from that, but I doubt she will be retiring from her royalties any time soon. The indie scene has also given us Chuck Tingle, author of Space Raptor Butt Invasion. Yes, he’s good for a laugh, but he’s the monster Amazon created. I don’t blame the guy, really, and in fact, I think he’s quite brilliant for gaming the system, for taking advantage of this “anything can be a book now” approach to publishing.

Fiction is my life. It’s what I went to college for, what I’ve studied for decades to master, and is why I’ll soon be quitting my day job. For people like myself, the indie scene doesn’t work. It may be how Christopher Paolini, who wrote Eragon, got his start, and Michael Sullivan, who I interviewed years back. But times have changed. In 2004, when I published my first book, indie books were virtually unheard of. When I asked to set up a table at Barnes & Noble, they were happy to oblige. Today, book chains refuse to accommodate for this glut of titles, and I don’t blame them. Thanks to Amazon KDP, “publishing” is easier than ever, and the result is the cheapening of the written word. Back in my day, only an editor-in-chief could grant you that honor (and get off my lawn, kids!). Now, Amazon hands out authorships like participation trophies at a Little League game. For me, this is a travesty. Getting published shouldn’t be easier; it should be harder. If I have any complaints about the business, it’s that too much emphasis has been placed on trends and not enough on storytelling. Everyone wants the next Fifty Shades of Grey or Twilight, quality be damned. Today, getting your story on the shelf is all about proving you can make $$$.

All this cheapening might be acceptable if indie publishing was a viable business model for writers, where poorly written manuscripts met an untapped market for it. But as it stands, the indie scene is one massive scam. This was not, however, by design. It’s simply a result of supply meeting demand, except the demand isn’t for fiction. The core of the problem is this: readers don’t need indie books. Tor, Bantam, Penguin, and dozens of other traditional venues provide enough entertainment to last the most avid readers a lifetime. But the creatively afflicted are a passionate bunch. We slave at our keyboards for little to no earnings, often paying others to judge our work, which is why the traditional author-reader relationship has switched. Instead of readers paying writers, writers are paying to have their stories read. It’s an entire industry built around desperation and false promises.

When I was in college in the 90s, I ran a He-Man fan-fiction site. Aspiring authors gave me their submissions and I urged them to edit their stories to the best of their ability, explaining that we had to cater to the fans. But nobody wanted to hear it. Almost everyone I worked with refused to make changes to their submissions and instead made their own websites. To this day, fan-fiction is synonymous with bad fiction and it doesn’t surprise me. Indie writing, I fear, isn’t far behind.

I paid for two professional reviews: one from Kirkus Magazine and another from IndieReader. The book-buying business has respected the Kirkus name since the ’30s, and their reviews continue to grace the jackets of bestselling paperbacks. But after my critique dropped, my sales didn’t budge—the same thing happened (or didn’t happen) with IndieReader. When the magazine included The Princess of Aenya on their list of twenty great books worth discovering, the list wasn’t noticed by anyone but me. My contact at Kirkus assured me that what they were offering was worth the expense, but it wasn’t, and I suspect they knew that. Everyone I have spoken to agrees: that paid reviews do not benefit you in any way. But I don’t blame Kirkus. With thousands of desperate independents wanting their submissions looked at, the magazine has to charge something. Otherwise, it becomes a lottery, and your book’s chances of getting read are close to nil. At the same time, the magazine trade as a whole is failing financially, and an industry built around literary excellence has been forced into stroking writers’ egos for profit.

By now you’re probably thinking: I’ll rely on average readers instead. OK, great, but how do you connect to those readers? Amazon won’t let friends and family review your book, so that won’t work. But you can pay to advertise through them, of course—only it usually costs you more than you’ll make. You also can’t ask people on Goodreads for reviews. That’ll get you banned from the site. But again, the good folks at Amazon (who owns Goodreads) will let you PAY to ask. And who benefits from all this? Little hint: it isn’t you. Screw it, you may be saying to yourself. I’ll hit up a bunch of book fairs! Last month, I attended The Oxford Exchange in Tampa with thirty other authors and sold four books. While that may sound bad, most of my colleagues didn’t sell anything. Next month, The Feral Girl will be displayed at a conference for librarians and booksellers in NYC. I do not expect a return on my $250 investment.

I don’t doubt that some indies make money, but they represent only a tiny percentage of us, and what they have to offer is anything but the next great masterpiece. Following the self-publishing trend, a host of YouTubers have cropped up to help you earn money through Amazon KDP. And what do they recommend? 10-page stories for pennies! Cheap coloring books! Clickbait your way to fortune (but not fame)!

“Maybe you just suck?” My 25-year-old-nephew said this to me verbatim. As big of an asshole as this makes him seem, it didn’t faze me. And in fact, I think every writer needs to hear it: what if you just suck? Writing should never be about stroking your ego. It should be about mastering the craft of storytelling. If you “suck,” it can only help you to know about it. What my nephew told me I found comforting, actually — because it suggests life is a meritocracy, that writers can succeed by the merits of their work.

I sell books through my site, Amazon, and small bookshops in my area. The Aenya books do exceptionally well at Emerald City, a warehouse-sized comic and gaming store. The owner was surprised by how well they have done, in fact, and his store has started to carry non-graphic novels as a result. But ultimately, independent publishing is a dead-end. It’s snake oil for wannabe bestsellers, and the only people who profit from it — the only reason it exists at all — are reviewers, advertisers, editors, and graphic artists. If you’re possessed by the writer’s disease like I am, wanting the respect of Tolkien, King, or Martin, you will have to get off the indie road. Getting noticed by the big boys in NYC may seem an impossible dream, but they guard all the gates and hold all the keys. 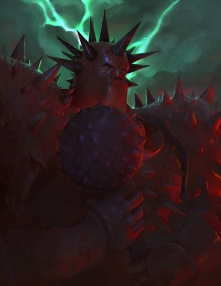 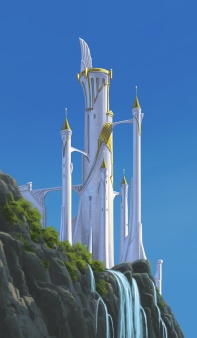 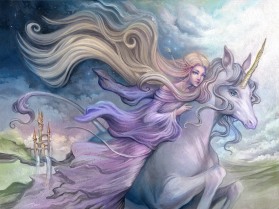 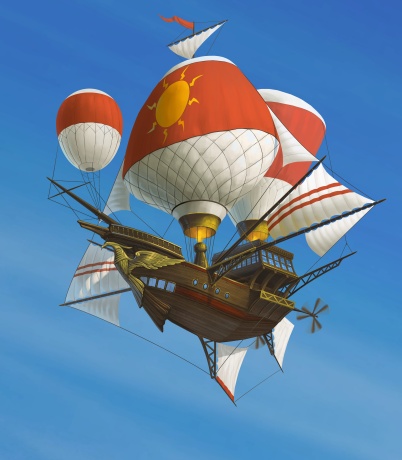 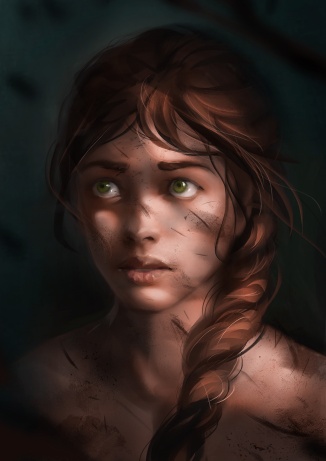