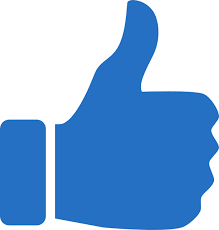 Social media is designed to depress you. Studies have already linked Facebook to unhappiness and one author I know called Internet forums, “poison for writers.” If you’re a celebrity or if you already have a name in the public sphere, sites like Facebook, Twitter, Blogger and YouTube (to name a few) only help to increase your presence, but if you are a nobody occupying an obscure little niche on the web, chances are, you will never escape obscurity. Despite extremely rare cases statistically equivalent to winning the lottery (Justin Bieber comes to mind) people continue to strive to make a name for themselves through the awesomely vast and vacuous arena that is the Internet. For just this reason, Facebook is the most popular website world wide. You might think it should be Wikipedia, with its amazing feat of collecting all human knowledge (think about that for a moment, ALL HUMAN KNOWLEDGE) accessible by a Smartphone you can keep in your pocket. If Jules Verne or H.G. Wells could only see Wikipedia, they would likely consider it the ultimate human achievement. And yet, we would be embarrassed to admit that, just as in The Time Machine, humanity has lost its way. Like the herd minded Eloi, we’ve become uninterested in knowledge (now that we have it) succumbing entirely to the siren song of self-importance. Social media promises everyone a voice, as if we can all be famous, but what they do not tell you is that when everyone is famous, nobody can be. Truth is ugly and sometimes hurts. We can’t all be smart or clever or talented. And of those few people gifted with a modicum of ability, their voices are too often lost amid the hate speech, the misspellings, and the tortured grammar polluting the Information Superhighway. But that is the nature of total, absolute information—you get the good with the bad, and the bad buries the good like a needle in a haystack. What’s worse, this constant bombardment of information (I call this information pollution) makes it impossible to give even your Friends adequate attention. So what do we do? We compete. We try to outdo one another for Likes, and the sad thing is, what we Like is rarely the most well constructed, thought provoking or meaningful. Soundbites. Funny cartoons. Politics and philosophy are condensed so that nothing of nuance or depth is left. No wonder the gun debate has become so inane. Even the battle between liberals and conservatives is being fought with pithy slogans.

Finding ourselves adrift and insignificant in this new age ocean of information, as we vie for attention, as we struggle to justify why we should be considered more than a bit or byte on someone else’s computer screen, we slowly turn into narcissists. Just look at the recent mass murders. Adam Lanza was obsessed with “outdoing” the Norwegian killer. Read Chris Dorner’s manifesto, the ex-LAPD cop who went on a killing rampage. You might think Dorner would have mostly personal things to say in his manifesto, about his life and the reasons for his violent actions, but almost 50% of it is devoted to what you might see on Facebook: Dorner expressing his political and personal views, from everything to popular music and television to Michelle Obama’s bangs. By becoming a murderer, his name shot straight to the top of the search engines (look, I am talking about him now!) and no doubt he knew it would happen. He knew he would have the ear of the entire world, that people would now listen to him, maybe even care, about what he has to say. Dorner’s manifesto is just an example of the kind of narcissism brought upon by this new age of social media.

As for me, I am not a popular blogger by any count. Thirty-five thousand views so far and growing, but what the numbers mean I could not tell you. Blogger gives these stats to me, and like an addict I check them daily, as if they matter somehow—as if I am part of some Massively Multiplayer Online Role Playing Game that counts views instead of points. But how many of those views account for anything in the real world? How much closer does it get me to becoming a recognized author? A view, by blogger’s accounting, is a far cry from a read, and a read is even less than genuinely moving a human being with words, which is what writing, for me, is all about.

It’s the disparity between expectation and reality that has brought me to a deep depression. Through blogging, I intended to make myself known as a writer, and if that sounds narcissistic to you, then maybe it is, but at least it’s through hard work and perseverance that I try to achieve my voice, not through cheap soundbites and certainly not by killing anyone. I do not believe I am entitled to be heard just for being alive either. But a blog is not a place to make a following. The returns are too little. I do have some popular posts, with hits of up to seven thousand, but what makes those posts popular has nothing to do with writing skill. Naturist/nudist articles get a lot of attention because there aren’t too many good naturist/nudist blogs out there, and because it’s a niche group needing representation on social media. If there was a nudist shelf at Barnes & Nobles, I doubt I would get as much feedback as I do now. My post about the video game, Mass Effect 3, has more than a thousand views, and I honestly could not care less about it. What matters to me is fiction. But original fiction (not Fan-fiction) is anathema to the Internet. People cannot search for something they do not know exists. Who typed Harry Potter into a search engine before the book was published? Nobody.

The lure of social media makes it easy to forget what is really important. Soundbites take the place of real discourse, because we cannot be bothered to pay more than two seconds attention to any one thing. But a good writer must, by definition, go against the grain of popular social media. George R.R. Martin’s Song of Ice and Fire is an epic work of fiction because it is everything Facebook is not. It is long and layered and takes a great deal of patience to appreciate. To be a writer and to court the soundbite masses is to invite emotional disaster. Bombarded by ads for everything from political activism to penis pumps, no one has time to give real writing a chance.

The road to literary stardom is long and dark and lonely. To succeed, it is a path one must take alone, forgoing the easy path of social media. From now on, I will avoid the immediately popular, the trends and fads that make up so much of Facebook. I will devote more of my time to the minutia of Aenya—to the Bestiary, to the Geography and the Biographies. None of that will make me popular with nudists or video game bloggers or anyone else for that matter. In fact, my last Bestiary entry, about bogrens, garnered only 11 views (eleven!). Being a successful writer is all about faith. It’s about stepping into the Lion’s Den confident you will not be swallowed by the indifference of the world, forging ahead toward the light of your own vision, even when nobody else can see it.

UPDATE: I recently came across this remarkable YouTube video, which offers scientific evidence for why social media is making us depressed (and lonely):

UPDATE 2: For a more humorous slant, check out this article in the Onion: Number of Users Who Actually Enjoy Facebook Down to Four