Now I want to make a few things clear. I am not a “Lucas apologist.” I have not convinced myself to like his movies, nor have I been blinded by love for all things Star Wars, nor do I “suck at the teat of George Lucas.”

I genuinely, sincerely, and in all honesty believe the Star Wars prequel trilogy is great. Not perfect by any means, but great nonetheless. Now, I do not mean to say they’re “good” in a bad sort of way. The Phantom Menace is a far cry from Plan 9 From Outer Space. No, I think they’re imaginative, exciting, beautifully shot and endlessly intriguing. Sure, the dialogue is often stilted, but no single film excels at everything. Breaking Bad, Star Wars is not. But then again, I don’t go into Breaking Bad expecting fantastic alien landscapes and operatic wizard duels.

For over fifteen years, there has existed this false narrative, perpetuated by YouTube critics, bloggers and forum commentators, regarding the Star Wars prequels. Hour-long videos have been made, analyzing and nitpicking these films to death. What movie could endure such scrutiny? Never mind record breaking box office and Blu-Ray sales, positive critical consensus (Revenge of the Sith is the best rated film to date at 80%), or a legion of fans who grew up with and continue to be inspired by the prequels, Episodes I—III, we are told, are “objectively bad.” To challenge this narrative is to court unending scorn and ridicule. The only word I can use to describe it is dogma—a hate that borders on religious conviction. If you object to any of the criticism, the haters tend to become angry. Even famous people have gotten into the act, like Star Trek actor Simon Pegg, who stated, “I have no respect for fans of the prequels.” All this vitriol just makes these people seem insecure. I certainly don’t waste my nights bemoaning the (awful) Transformers films, despite growing up watching the cartoon and playing with the toys.

THE STAR WARS: AN EPIC IN SIX PARTS

Lucas has long maintained that the prequels were made to complement the originals, to fit together, as one 13-hour epic. But nobody ever discusses how his cinematic magnum opus turned out, whether the sum is greater than its parts. The ridicule started with Jar Jar in 1999, soon after The Phantom Menace, and never let up. Prior to its release in 2005, people were saying they wouldn’t even bother with Revenge of the Sith. Their minds had been made up without giving it a chance. Talk about closed-minded! And yet, I often wonder whether the haters ever consider stepping back from the expectations and preconceived notions, and the firestorm of negative media attention, to look at the bigger picture? What would they say, had Lucas released all six films at the same time, in some magical theater in 1977? Could it possibly have courted such controversy? Would anyone be saying, “Return of the Jedi was great, but what was with Vader going ‘No!’? He should have been silent!” Could it be that, once it became “the cool thing” to hate on Lucas, there was no going back?

While much of the criticism is warranted, most of it borders on the absurd, if not outright dishonesty.

A good example is something I recently heard, about how Anakin never specifically tells Obi-Wan to give his lightsaber to his son, even though, in A New Hope, Obi-Wan tells Luke, “Your father wanted you to have this [his lightsaber] when you were older …” Of course, we know Obi-Wan is a habitual liar. He doesn’t tell Luke the truth about his father’s death, so why would he bother telling him, “Oh, your father dropped this after I cut off his legs and left him to burn to death. He used it to murder kids. Want it?” Aside from Leia somehow remembering her mother, who died in childbirth, there are few major inconsistencies that cannot be explained.

If you take the critics word for it, you’d think a good quarter of the prequel trilogy is nothing but Galactic C-SPAN. Even The Simpsons featured an episode on it. But, interest in politics aside, just how much of Episode I (the most political of the three) is devoted to filibustering? Two minutes and thirty-seven seconds. THAT’S IT. That is how long the senate hearing lasts in The Phantom Menace. Out of 136 minutes of dicing robots and dodging sea monsters and exploding spaceships, less than 3 minutes involves trade agreements and treaties, 1.7% of the film’s running time. This might be 1.7% too much, IF the scene was unnecessary, but on the contrary, it is the most pivotal moment in the film, as Palpatine uses the Naboo/Trade Federation dispute, which he himself orchestrated, to seize power, which, by Episode III, leads to the execution of the Jedi and to the creation of the Empire.

THE ADVENTURES OF JAR JAR BINKS?

Given how much people trash talk the character, you’d think the trilogy could be subtitled, “The Adventures of Jar Jar Binks.” Truth is, he mainly appears in the first film, and only for a few minutes in the second. A single fart joke, while lame, lasts for less than a few seconds, and his stepping in “poodoo” happens so quickly you’ll miss it if you blink. While I can’t say the character was a good idea (he wasn’t) I did laugh at parts, especially when he is hanging off the nose of a tank, juggling grenades. And, to be fair, a lot of hard Sci-Fi fans hated C3PO in ’77 for the same reasons.

Horrible script writing is another matter of contention, but horrid dialogue has been a staple of the franchise since the beginning.

Notice, however, how actors with theatrical backgrounds have less of a problem with the script. Compare Alec Guiness’ Obi-Wan Kenobi to Liam Neeson’s Qui-Gon Jinn. Other great performances include Christopher Lee’s Count Dooku and Ian McDiarmid’s Palpatine/Sidious; and Ewan McGregor excels throughout as a young Kenobi. Blaming Lucas for throwing his actors in front of blue screen is also unfounded, for two reasons:  1) Much of the prequels were shot on sets and on location, from Tunisia to Italy.  2) Stage actors are accustomed to blank sets and to using their imaginations. It’s a tradition going back to Ancient Greece.

Perhaps the most demonstrably false claims about the prequels regards the overuse of CGI. Ignoring the fact that CGI was in its infancy in 1999, and that nowadays, every film from Avengers to The Hobbit depends on it, the prequel trilogy is often compared to a video game demo reel. There’s even this popular meme, 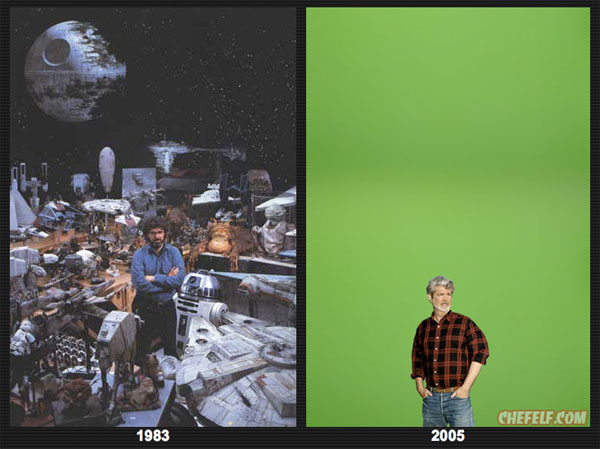 But this is an outright lie. More models, sets and costumes were built for the prequels than for the first films, and here is the proof:

What really bothers me is how the director himself has taken the brunt of the hatred. Lucas has been called everything from incompetent, lazy, greedy and arrogant to outright racist. This is coming from people who hardly know anything about his personal life. But how does someone so incompetent and lazy build, from the ground up, the biggest FX company in the world? How does someone so greedy donate most of the 4 billion he earned selling to Disney? How does someone so arrogant appear so humble in his interviews? How does someone so racist have a best friend, Stephen Spielberg, who is Jewish, and make a black man the most powerful Jedi next to Yoda, or produce a film in honor of black aviators, or marry a black woman? But no, the haters hate him and his films, and if you disagree, they’ll attack you too, and with the same fervor.

Now you might be saying to yourself, Nick, why do you care? Well, I’ll tell you. I care because there are few things I hate more than a lynch mob. I’ve been there. I know how it feels. And it doesn’t matter one bit whether he is rich and famous. He is still a human being, just like you and me, and he has feelings. Don’t like his movies? Fine. But he doesn’t deserve personal attacks. Besides that, I really do love the guy. George Lucas helped define my childhood. In my elementary school, we often pretended to be Luke or Han during recess, and many of my earliest stories involved the Death Star. All the cartoons I grew up with, from He-Man to GI*Joe, were influenced by Star Wars in some way.

I am 41 years old, but there are days that I feel much older. Today, I went to the park with my kids and we played Jedi, waving our styrofoam lightsabers and jumping from rocks and tree stumps to avoid the lava on Mustafar. And for a brief shining moment, I was 12 again, and I owe it all to George. How can I not defend him?

As part of my ongoing podcast series, I discuss the value of art, the hypocrisy of the prequel haters, and the flaws in A New Hope,

18 thoughts on “In Defense of George Lucas” 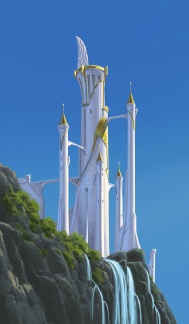 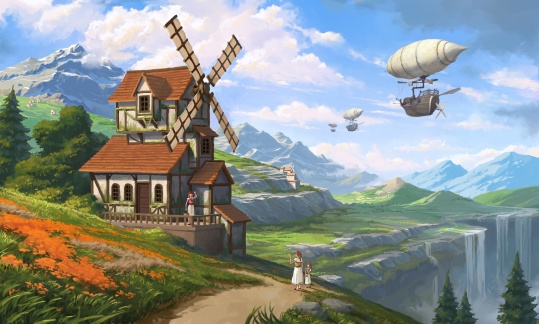 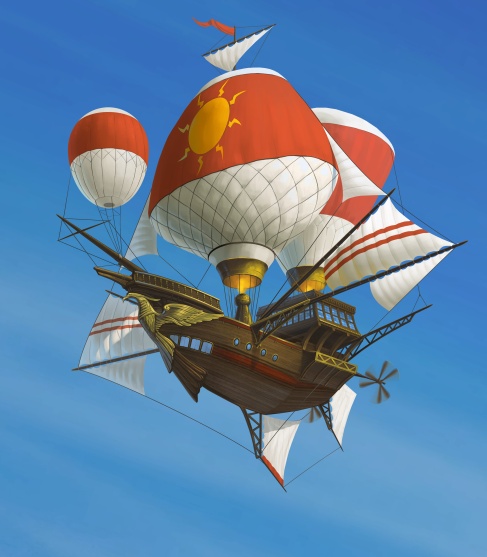 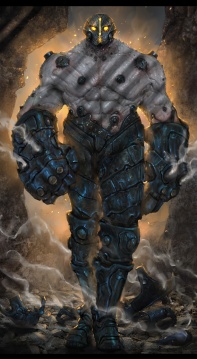 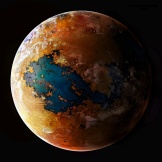