Everything seems impossible until you do it.

When I was a kid, I often dreamed of going to the post office with a large stack of printed pages to drop in the mail, to await a response from a publisher. If rejected, I would do it again, and again, until someone out there finally recognized my genius. There’s something romantic about the whole process, occupying a physical space, with that treasure born from your imagination stuffed into a manila envelope. This was long before e-mail and blogging, when typing was still taught in schools, before everyone in the world started thinking they knew what it meant to tell a story. Nowadays, publishers are torn between whether to request solicitations by e-mail or traditional post. With e-mail, they can simply hit the ‘delete’ button to reject you, but electronic submissions are exponentially more numerous. Mailed submissions are fewer, but require more handling.

Of course, the world of publishing has changed in many more ways since I was a child. Not only do I have to compete with every Tom, Dick and Harry who thinks they can write a masterpiece with little to no-effort, but the market has been flooded by 1 cent unedited e-books, and worse, predatory soft-scam agents and POD publishers who prey on the desperate, who get your books online but never into the hands of readers. What is particularly depressing, for me at least, is seeing the number of books catering to would-be writers with titles like, “Five Steps to Getting Published,” when what most people should be asking, but rarely do, “How Do You Write a Good Story?” It’s frustrating, because true greatness can only come from a lifetime of work. I could never have written The Princess of Aenya without first writing Ages of Aenya, and I couldn’t have written that without The Dark Age of Enya, which could not have been made before The Nomad, which was dependent on The Metal God, which I learned to write only after The Dark Temple, and so on and so forth.

As if these hurdles aren’t discouraging enough, modern day writers must compete with new forms of entertainment, like YouTube and Playstation. I can’t tell you how heartbreaking it is for me, hearing endless praise for the Game of Thrones TV show, but never for the books the show is based upon. And booksellers have taken note, taking far less chances with new authors, and turning a blind eye to anyone with artistic ambitions. Gone are the days when something like Watership Down, a 400 page epic regarding the life of rabbits, can make its way to print. Today, if it doesn’t involve teens or zombies or an apocalyptic scenario, your manuscript will get thrown into the “not trending” bin, no matter how masterfully written.

Another sad reality I’ve come to realize in my 41 years on this planet: LIFE IS NOT A MERITOCRACY. What does this mean, you ask? It means that the best people don’t always get the job. This is why we have so many idiots running for president. So much of success boils down to dumb luck. George Lucas just happened to be in film school at the right time and place, befriending the men who would become giants in the industry, like Francis Ford Coppola, Brian De Palma and Steven Spielberg. Originally, Lucas was only interested in film editing, but Coppola encouraged him to turn his short student film, THX-1130 4EB, into a feature length movie. It was considered a critical and commercial disaster, but the artsy sci-fi dystopia paved the way for Star Wars. Had Lucas been born far from Hollywood, say, in Florida, he might have ended up like me, an unknown, probably a car mechanic (I work in a restaurant, but he loved cars). Stan Lee is another great example. Having grown up in New York City, he was much more likely to land a job at Timely Comics as a mail clerk. Like Lucas, Lee never dreamed of becoming a storyteller, but when two of the head writers at Timely, Joe Simon and Jack Kirby, were terminated, Stan was the only person left to fill the position. Spider-Man was born from a fortunate accident, but it wasn’t a radioactive spider.

For someone like myself, reading about George and Stan can be terribly discouraging. I feel I was born into all the wrong circumstances. There are no publishers in Florida, my parents outright ignored my literary ambitions while constantly pushing me into the restaurant business, and nobody in my family reads (seriously, none of my siblings have read a single book outside of school). All this means I have to work harder to get noticed, and that my work has to be twice, maybe three times as good as those who have it easy. But there’s a plus side. If life is not a meritocracy, it means that I do not have to forever fret about being “good enough.” There are some truly abominable works of fiction out there (I could name names, but I won’t) that sell like hotcakes, so it doesn’t always take a literary genius, or a perfect story, to find success. Another encouraging fact to consider is that, despite the advent of the Internet and video games, books still sell like crazy. Just look at this chart:

These authors are far from scraping by. But my ambition is not to become a millionaire. I could honestly die happy if I were to earn, say, 50k a year via royalties. So what I need is a foolproof, five point strategy, and here’s mine:

2 thoughts on “Publish or Die Trying” 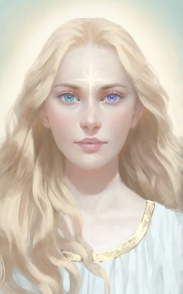 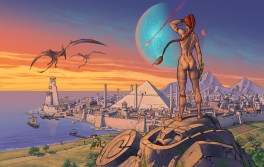 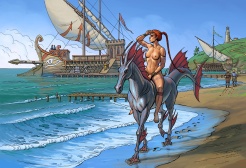