Whenever I write these reviews, I make certain to consider my mental state at the time. So much of what we think about art is a reflection of our current thoughts and feelings, and like Kant’s Noumena, impossible to divorce from our perception of it, a perception further prone to change as we age, gain new understandings, and experience new things. This is a concept I sorely wish the YouTube community could grasp, when everyone is so eager these days to jump on the latest hate-bandwagon.

The 1971 novel by John Gardner, Grendel, is a retelling of the Old English classic, Beowulf (975—1025 AD), imagined through the perspective of the monster. At first, I expected a Frankenstein-like tale, in which we side with the villain after learning of his tragic backstory. But while the book delves into sympathetic territory, it never shies from the fact that Grendel is a monster, prone to violence and cruelty. The whole novel, in fact, unfolds via Grendel’s tortured thoughts, showcasing the wirings of a murderous sociopath, and someone who suffers from solipsism syndrome, the belief that nothing exists beyond your own mind. As the story progresses, we dip into social commentary, as the author, speaking through Grendel, reveals the hypocrisy at the root of King Hrothgar’s Danes, a people terrorized, who are themselves equally guilty of terror and violence. Grendel goes on to describe the bard in the mead hall, whom he calls the Shaper, singing of the Danes’ heroic feats, which seduces even him, until he remembers that the songs do not comport with Hrothgar’s bloody past. The Shaper “shapes” history into legends to be admired. But when the hero, Unferth, waits for death at the hands of Grendel, who has easily defeated him, Grendel chooses instead to carry him safely back to the mead hall, denying Unferth’s desire for a “hero’s death,” at which point, I assumed, the book’s primary theme was that of disillusionment. This led me to my old soapbox issue, romanticism vs. realism, and how people often equate, quite erroneously, Lord of the Rings with Game of Thrones. In superficial terms, the two series are similar, dressed in fantastical outfits of sword-wielding heroes, dragons, and castles. But in stylistic terms, they could not be further apart. Tolkien’s view is thoroughly romantic, with its altruistic heroes, evil as absolute, and goodness ultimately triumphing. By contrast, Martin’s protagonists are morally gray, and good and evil are often treated as simplistic, if not flawed concepts. I considered whether, in the same way, Grendel was a kind of realist reaction to the romantic Beowulf. And yet, given the twisted nature of the main character’s mind, I was confused as to where the author stood, and with what the story was actually trying to say.

All my theories fell apart when my daughter, who read the book for school, showed me a video her teacher played in class, The Missing Scarf, and it dawned on me that Grendel might be a book about nihilism. Nothing matters to Grendel, because, as he sees it, everything dies, and if remembered at all, is turned into a lie. This begs the question—if the protagonist is arguing in favor of nihilism, is the story also? And if that is the case, if nothing truly matters, why then does the book matter? It’s hard for me to care about a book that doesn’t seem to care about itself or anything in it. When, in the last two chapters, Beowulf finally appears, I was only too eager to have an actual hero enter the story. I craved substance, and all of the romantic currency, however unhistoric, inherent in the original Beowulf. I read with glee as the murderous sociopath and protagonist, is brutally beaten and dismembered by the hero.

The following night, by coincidence, my family and I watched Disney’s Hercules, and, like the older Greek twin to Beowulf, I understood why Hercules, and the cliche of the hero, resonates so deeply with readers, and why it continues to inspire after thousands of years. Maybe, just maybe, Grendel is correct, and all of the stories we tell ourselves is a lie, but that does not imply that our myths are meaningless. Maybe our stories do create our realities, but cynicism, fatalism, and nihilism are not the answers. And if I am mistaken, if the author meant, like Orwell, to steer us away from nihilism, in the way 1984 warned against totalitarianism, then I surely didn’t get the message. Either way, I was confused by whatever Grendel was trying to convey, but it did make me appreciate the original, the one that will be with us for all of human history, all the more. 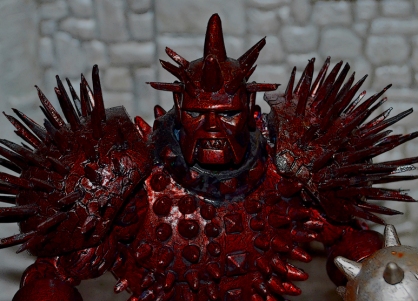 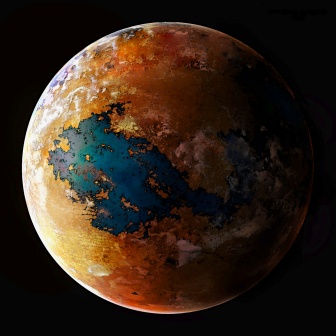 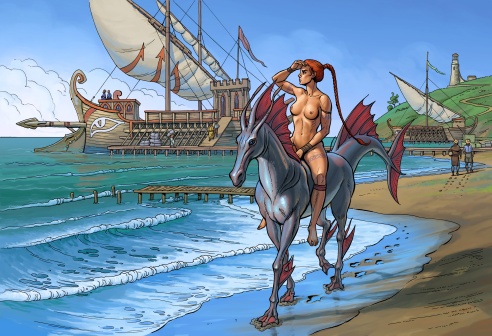