That’s how I am feeling today. VALIDATION! SUCCESS!! HUZZAH!!!

OK, what the heck am I talking about? Well, for the past decade, I’ve been struggling with demons of doubt and uncertainty. Based strictly on my understanding of what makes for great storytelling, and on the number of fans who gush over my work, I was pretty certain I was on my way to literary stardom. Since my third-grade creative writing course, teachers have been amazed by my talent, and this continued up until my college years, when one professor told me, “I’ve only know two students who can write beautifully, and you’re one of them.” But the repeated rejection letters by agents and publishers got me to doubting myself. Maybe I am not quite as good as everyone has been saying? Maybe I have been deluding myself all these years? Even with my latest outing, The Princess of Aenya, earning nothing but praise, with FIVE stars on Amazon and readers saying, “I cried,” “I can’t stop thinking about it,” and “best fantasy book I’ve read in ages,” I had to wonder … was all this praise biased somehow? Sure, some reviews are from acquaintances and long-time fans. But why, in the Goddess’ name, haven’t any agents taken notice? Or, as one of my trolls recently pointed out to me, why haven’t I sold more copies than Taken by the Pterodactyl, a novel about a girl who has sex with a winged dinosaur? I realized then that the only way to truly conquer my demons is by tying a reviewer to a chair and forcing them to read my book. But I couldn’t really do that … could I?

Reading a book can take weeks of your time, especially if you’re dropping a 600+ page tome, like Ages of Aenya. So if you’re a professional reviewer, you’re not going to do it for free, and even then, you’re going to be selective, avoiding the countless books by desperate amateurs shoved daily in your mailbox. So, admittedly, I had to pay to get my book reviewed. How could a critic know whether The Princess of Aenya represents a lifetime of passion, or a two-month spree fueled by a midlife crisis? But I did my homework, soliciting two of the most reputable critics in the business. KIRKUS, dating back to the 1930s, is the most respected in the country, but are also the MOST harsh. If you’re book is anything but TOP TIER, they will rip you to shreds. Sending The Princess of Aenya to KIRKUS was like entering the literary Olympics. I could either fail miserably, and give my demons the power to ruin me, or prove myself, and vanquish those demons forever. Scary stuff! But it was a leap of faith I had to take.

First, the REALLY good. IndieReader, the less critical of the two, gave The Princess of Aenya their official stamp of approval, and a whopping 4.7 out of 5. Here’s what they had to say:

“THE PRINCESS OF AENYA draws from fantasy and science fiction to create rich characters, impressive world building, and a multifaceted story, with elements both familiar and refreshingly unique to the avid fantasy reader. Judged by top industry professionals–not as merely a great indie book–but as a great book, period.”—IndieReader

You can read their review in its entirety at IndieReader.

That in itself should be enough to validate the Aenya series. But wait! There’s more! After months of waiting, I received a response from KIRKUS. Now, I should point out that KIRKUS is known for their thorough but vague write-ups. Sometimes, it’s hard to tell whether they even liked the book. Unlike IndieReader, they don’t actually give ratings, just a single line of praise or condemnation. On rare occasions, they might hand out a star, BUT even masterpieces like Watership Down, one of my all-time favorites, failed to get one. An author I know personally, who will remain nameless, but who has achieved tremendous success, making 50k a month with books selling throughout the country—well, let me just say, his book was NOT well received, and if they had said about Princess what they said about his book, I’d be cradled in a puddle of tears about now.

Happily for me, KIRKUS only had good things to say about The Princess of Aenya:

“A heroine’s trials make for a winding, bloody adventure with plenty of surprises.”—KIRKUS REVIEWS

While leaving me a bit confused, I’ll take this as a win! You can read their review in its entirety at KIRKUS REVIEWS.

As you can imagine, this has done wonders for my confidence. I now know Aenya has a future, and am encouraged to move on to future projects, like The Feral Girl, a short novella about Thelana, and the third in the Aenya series, The Children of Aenya.

Want to know what all the fuss is about? Learn more about the world of Aenya, and pick up both books in the series, at www.nickalimonos.com!

And if you haven’t been following my blog lately, I leave you with this awesome new trailer, viewed 30,000 times already on Twitter, with artwork by Alexey Lipatov, Leo Aveiro, Filip Bazarewski, Becky Barnes, Deniz Undan, and my daughter, Jasmine! Enjoy! 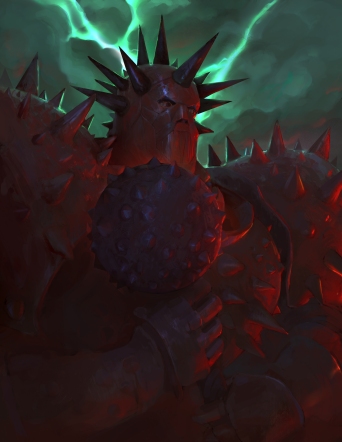 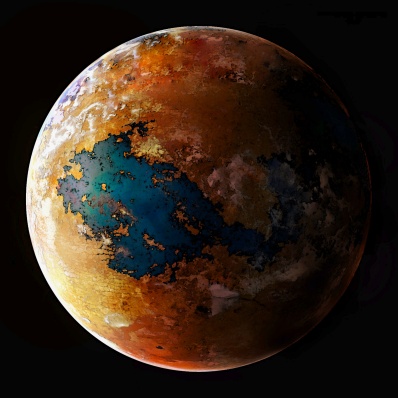 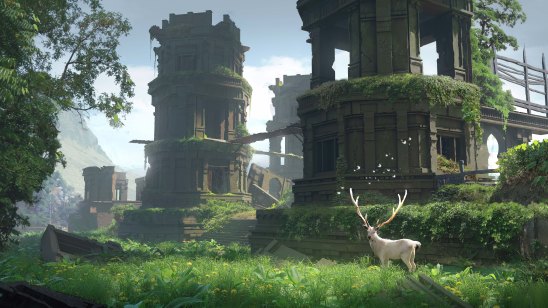