I love DeviantArt. For those unfamiliar with the site, DeviantArt is the Facebook for visual artists. With the click of a mouse, you can browse between artists from around the globe, from a German painter to an Australian graphic designer. It is probably one of the very best things to come of the Internet—the largest sharing of art in human history, a virtual museum to rival the Louvre in Paris.

If I could not be a writer, I would like to be a fantasy artist, because I think in images. When I was a kid, I drew my stories (comic books) just as much as wrote them. That continued until I realized I wasn’t quite on par with others my age. Scenes of vivid detail still stick in my mind, however, which is why I have a tendency to describe every little thing in my fiction. It’s an amateur mistake I try to avoid, since no matter how well you write a scene, every reader comes away with his or her own picture. Despite the hundreds of thousands of words devoted to Xandr and Thelana and Emma, there is just something magical that happens when a character crosses into the purely visual medium; it brings them to life in ways that words cannot. For just this reason, I am grateful to the artists who have contributed over the years to my work, from my friends Evan Kyrou (Greece) and David Pasco (USA), to Julia Bax (Brazil) Tazio Bettin (Italy) and Alexey Lipatov (Ukraine). If I have anything to gripe about (and don’t I always?), it’s that the feeling isn’t mutual. Artists don’t seem to value my skills the way I value theirs. Not wanting anyone else playing in their imaginary sandbox, they spend an exorbitant amount of time drawing characters with no real story, no real life. Their illustrations are often based on their own amateur fiction, but just like the hundreds of junk novelists on Amazon, they fail to recognize their literary limitations. I pay artists to realize my characters visually, at the mercy of their interpretations, but I have never been approached to aid in writing a background. I could just as well draw my own heroes, but my skills with a pencil are as wanting as theirs is on the keyboard.

A perfect example of characters failing as story can be seen in the many nude or semi-nude women on DeviantArt. It is a testament to free expression that virtually no censorship exists on DeviantArt, aside from self-censorship, and of course, who doesn’t enjoy looking at such scantily clad vixens? But more often than not, the nudity is meant as a tease, to grab attention, solely to arouse. The way female warriors are dressed, if in anything at all, rarely makes sense in a literary context. Why would anyone wear breastplate armor but no underwear, leaving their genitals, a much more tender spot, unshielded? What is the sense in that? At least, if she is completely nude, you might argue in favor of increased agility, but how encumbering is a loincloth or a bra, really? I am equally annoyed by chainmail bikinis. How do these things stay on? And what exactly are they protecting? In a medieval setting, the bikini is anachronistic. After all, it is a uniquely American convention, a product of our hypersexualized/Puritanical culture, meant to satisfy both voyeurs and censors; but even in a fantasy setting, it defies all logic. What function does it serve? It neither shields from enemies, protects from weather, nor gives the impression of chastity. The loincloth, at least, is in keeping with African and South American cultures, and in the rare instances that the women of the tribe hunt, it is not by choice that they go without protection. In Frank Frazetta’s animated feature, Fire and Ice, the heroine runs around the movie in nothing but a flimsy piece of thread that barely covers her pubic area, and somehow, despite climbing hills and being kidnapped numerous times by ape-like creatures and getting swept up in rivers, etc., her silky thong never tears or falls off. In my book, Ages of Aenya, Thelana is either fully naked (because her people don’t wear clothes), or fully dressed in either a tunic, a keshaba (a traditional desert robe), or in furs (when it’s cold). She might wear armor (she does, at one point, after joining the Kratan army) but anything less than complete coverage is just added weight, and if she were to ever come across a thong, she would likely wonder what it’s for (a slingshot, maybe?). Sure, it’s fun to imagine a topless, thong wearing warrior with a two-handed sword, and art should not be limited to logic (Picasso and Dali made careers out of defying logic), but these kinds of characters lack story potential. Frank Frazetta is my favorite fantasy artist because his work told a story (just look at the image above). It wasn’t just in the detail of the bodies of his characters—but that his characters came alive. When you look at a piece by Frazetta, you feel as if you’ve stumbled upon something that extends beyond what’s on the canvas. You get the impression that if you close your eyes, the scene will continue to play out. Let’s take, for example, the topless girl with giant sword motif. When I look at such a picture, I often ask myself, Who is this girl? What kind of culture does she come from? Is everyone topless there? Are breasts considered sexual in this world? Are her allies from among this same topless society? What do they think of her exposing her breasts? When she goes to town to buy milk, what does the average merchant think of her? Or are we talking about a planet without bra technology? Is she a shy person? An exhibitionist? A naturist? A stripper? A prostitute? A porn star? Did she have a mother? Father? What do they think of her going topless? Did she know her parents/her family? These are the kinds of questions a writer has to ask himself, but most visual artists don’t care to. If you can’t imagine a character coming to life, if you can’t extrapolate a back story that follows logic, your character possesses no depth. They may look cool, but they’re nothing but static images, 2-dimensional eye-candy.

DeviantArt is an amazing place for talented people to come together. I simply wish there was greater collaboration between writers and visual artists. I wish there was greater understanding and appreciation between mediums. We know, from history, the amazing things that come about when people of different skills put aside their egos. Where would Frazetta be without Conan author Robert Howard? Just look at film, animation, and comic books. Look at Walt Disney. George Lucas. Stan Lee. None of whom would be where they are today without the talented people who supported them.

To see how words and images come together, check out the Illustrated “Ages of Aenya”—featuring art I have had commissioned over the past ten years. When viewed in order, the images tell a story. It is by no means a perfect or complete work, more a “work-in-progress”; I wouldn’t even call it a graphic novel, but it’s a start!

2 thoughts on “When Words and Images Collide” 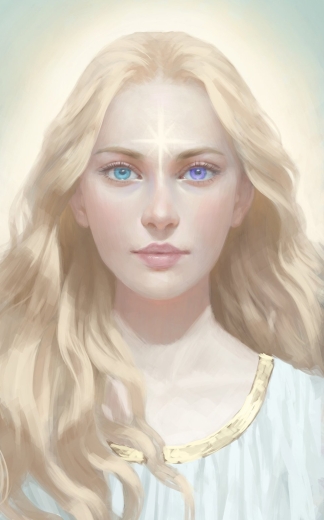 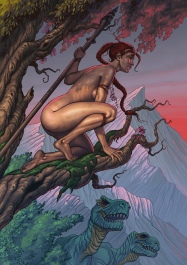 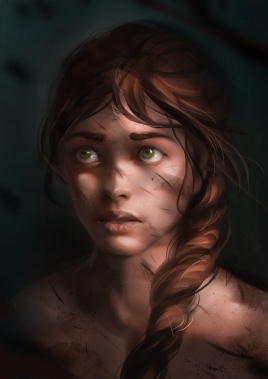 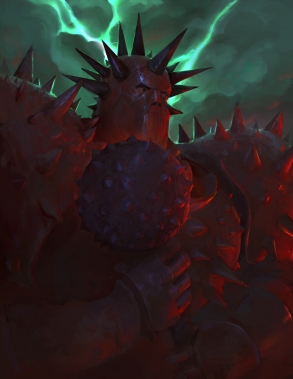 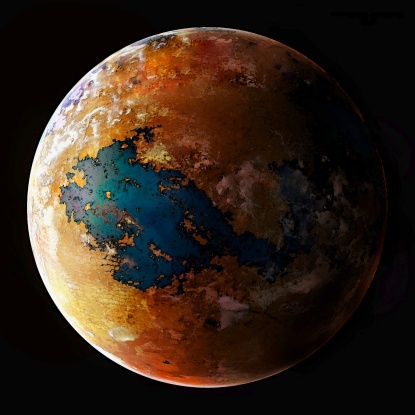 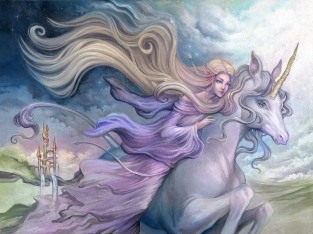