What’s a great role playing board game without monsters? And the more the merrier! My fondest memories from the early days of D&D is how much I loved my Monster Manual; it was a dusty old book from the seventies given to me by a cook at my father’s restaurant. The brittle, yellowed pages only added to that sense of mystique about the game. I used to gaze long and hard at the flat, black & white sketches and fantasize about the day when my character, Sir Marek the Brave, might have to battle them. Of course, the artwork looks pathetic by today’s standards, and any search for monster art on deviantArt will almost certainly garner superior work. But keep in mind this was the eighties and the Internet was a thing undreamed of.

What I like about the monster system in Quest for the Talismans is its simplicity. You only have to know a few numbers, so it’s easy to make your own monster from your imagination or from images you find around the Web. I collect miniatures used for gaming at hobby shops. To encourage players to think creatively, some monsters include action rolls, because hacking and slashing at a creature until it drops dead is just plain boring, not to mention unrealistic. As a writer, I have always had a hard time imagining a knight stabbing a dragon to death. But what if the knight could climb on the dragon’s back? Reach for its head to drive his magic sword through the dragon’s brain? Now the whole battle seems more feasible, but there are no mechanics in D&D to set that in motion. I suppose there are players who imagine just such a scenario, but the dice doesn’t account for how difficult it must be to jump on a moving monster’s backside.

Now that I have switched over to WordPress, I can offer the complete QUEST FOR THE TALISMANS BOARD GAME for free as a downloadable PDF file!

Quest for the Talismans 5.0 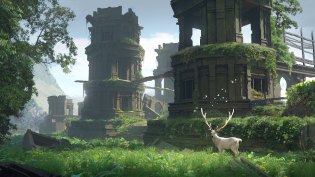