I’ve already been a victim of hate speech. This wasn’t your normal troll variety flaming. This guy got eerily personal, digging deep into my life to attack my lifestyle, my beliefs, my career, and most disturbingly, the person I chose to marry. Sadly, he concluded I should leave the country. People like him have never understood what America is and what it stands for. But to understand America, you have to look no further than its founding document, The Declaration of Independence:

We hold these truths to be self-evident, that all men are created equal, that they are endowed by their Creator with certain unalienable Rights, that among these are Life, Liberty and the pursuit of Happiness. — That to secure these rights, Governments are instituted among Men, deriving their just powers from the consent of the governed, — That whenever any Form of Government becomes destructive of these ends, it is the Right of the People to alter or to abolish it, and to institute new Government, laying its foundation on such principles and organizing its powers in such form, as to them shall seem most likely to effect their Safety and Happiness.

You won’t find “white Protestant Christian” mentioned anywhere in our founding document, but you will see it in Jefferson Davis’ traitorous Articles of the Confederacy. Our constitution specifically states that ALL MEN are created equal, and that they have a right to Life, Liberty, and Happiness. This is what it means to be an American. This is our founding ideal. If these ideals are threatened or abolished, if people of color or those of differing religions are cowed by an institution of fear, then the U.S.A. ceases to be. We won’t need to leave America because America will have left us. Honestly, it amazes me how these trumps claim to be patriots. These same folk insisted our first black president must be a Muslim terrorist dictator, born in Kenya. They want to kick us out to make America what it isn’t. To them I say, Go back to Germany!

In The Man in the High Castle, Philip K. Dick imagines the allies losing to the axis powers during World War II. In this sobering alternate history, America is no more. The land is still there, as are its people, but its founding principles have been abolished. Nazism is law and the ideals of aryan superiority. Jews are forced to change their names, to better hide their identities, and blacks, Indians and handicapped people veer close to extinction, and it’s all due to the ramblings of a paranoid, narcissistic strongman.

Now I didn’t plan to be sitting here writing this review as this nightmarish scenario edges closer to reality. But life can have a sense of irony. In all honesty, I picked up The Man in the High Castle because of the Amazon show, and because Philip K. Dick is among the greats of the Sci-Fi genre. His novels adapted to screen include Do Androids Dream of Electric Sheep (Bladerunner), We Can Remember It For You Wholesale (Total Recall), Super Toys Last All Summer Long (A.I.), and The Minority Report. Bad titles aside, Dick is known for his mind-bending concepts, deeply couched in philosophy. In Bladerunner and A.I., he challenges our notions of consciousness and sentience, and our ethical intuitions with regards to synthetic life. In The Minority Report, he imagines a totalitarian world where a prescient police force can stop and punish a crime before it happens. Stop and frisk? But The Man in the High Castle deals not with some far flung future, but post-America circa the 1960s.

It isn’t difficult to imagine this happening, and it can be argued that, by the slightest tweak of events, our world might appear totally alien to us. Consider what would have happened had the German scientists behind the V2 rocket made the atomic bomb? A single nuke, dropped on New York City, and we might all be shouting, “Sieg Heil!”

Looking at the story of the human race, you come to see repeating patterns and the same foolish mistakes being made again and again. The Roman Republic collapsed due, in part, to xenophobia. Julius Caesar was charged with protecting against northern incursions, acting preemptively and genocidally in the name of Rome. Shortly after his military campaign, he declared himself emperor, but was assassinated, stabbed by sixty senators on the senate floor. The political factions dividing the Republic went to war, and when the dust settled, democracy was no more. A similar thing happened in Germany after the first Great War. Hitler was elected chancellor, owing to his impassioned rhetoric regarding German exceptionalism and a pure Arian race. He was viewed as an outsider and a strong man, someone who spoke his mind and could get things done. He blamed all of the nation’s problems on immigrants, particularly the Jews, but those with disabilities as well. It is impossible to talk about these events and not think of Trump. To a student of history, the parallels are all too clear, too frightening. This is why a book like The Man in the High Castle matters.

Alternate histories show us a startling picture of what could have been, shaking us out of our complacency, helping us to recognize the invaluable lessons of the past, lessons we too quickly forget. Dick offers a startling reminder of a world we fought so hard and sacrificed so much to escape, a world where every man, woman and child are judged not by their character, but by their race and nationality. The picture he paints is often haunting. There is no cooperation in his Nazi world. No NATO. World leaders show courtesy to one another so far as they prepare for the next war. In this hellish setting, the only remaining powers are Japan and Germany, with America divided between them. Nuclear devastation is a forgone conclusion, because the Nazis do not want peace, only to conquer, to prove their superiority. Humanity be damned.

All that being said, it’s unfortunate The Man in the High Castle isn’t a better book. Philip K Dick is a rare genius, but his genius too often gets the better of him. His book diverges into wild philosophical tangents that have little bearing on the plot. While his characters run the gamut from an antiques salesman to a Nazi undercover assassin to a Japanese diplomat, they all lose themselves in thought. Dick has a lot to say about the human condition, the nature of suffering, the psychology of cruelty and the politics of race. It’s far too much to condense, and it’s an admirable literary endeavor. I, for one, look for meaning in every story, but here the story seems to take a back seat to whatever meaning the author is trying to convey. Given the subject matter, it’s a shame he couldn’t have been more focused. He only hints at the axis victory and how it played out, and we learn just as little about the bomb dropped on Washington or the global genocides perpetuated by the Third Reich. Dick does, however, give considerable detail regarding the manufacture and selling of antiques.

As I neared the final pages, I anticipated some great reveal, something akin to Life of Pi. In a meta-fictional twist, The Man in the High Castle involves a fictional account of the allies winning the war. A lot of mystery surrounds this book, The Grasshopper Lies Heavy, and its author, but the payoff just left me confused and wanting more.

I have a need to understand how the very worst of things can happen, and whether they can ever truly happen here in America. So I picked up Philip Roth’s 2004 novel, The Plot Against America, wherein a Nazi ascends to the White House. Look for that review soon! 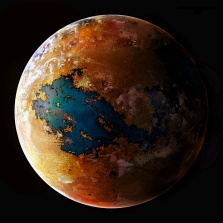 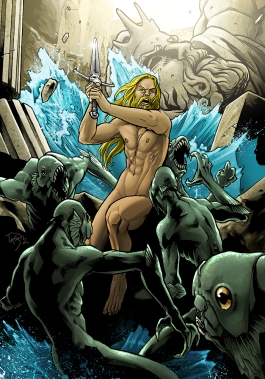