Long before Superman and Batman became household names, there was Tarzan. Originally published in 1914, Tarzan predates Superman by a good twenty-four years. In many ways, he is the first superhero. Children growing up in the ’20s and ’30s were as familiar with the ape-man as the most beloved DC/Marvel characters of today. He appeared in comics, toys, and even at the movies. He further went on to influence a generation of writers and scientists. According to Wikipedia,

Tarzan’s primitivist philosophy was absorbed by countless fans, amongst whom was Jane Goodall, who describes the Tarzan series as having a major influence on her childhood. She states that she felt she would be a much better spouse for Tarzan than his fictional wife, Jane, and that when she first began to live among and study the chimpanzees she was fulfilling her childhood dream of living among the great apes just as Tarzan did.[7]

Tarzan, however, was born not from the pages of comics, but from the novel by Edgar Rice Burroughs. Like Dracula and Frankenstein, everyone knows the name, though most people have never bothered to read the book. As of this posting, the character is one hundred years old. But despite the recent Disney adaptation, Tarzan’s popularity has dramatically waned over the years. You’re not likely to see kids sporting Tarzan pajamas or asking for him to appear on birthday cakes.

Nineteen-fourteen was a very different time. Knowledge about Africa, where the novel takes place, was sketchy at best, which is why, for the longest time, it was referred to as the “dark continent”—particularly at theme parks like Busch Gardens, which capitalized on a Eurocentric view of the world. African studies during the last century stood at the frontier of the social sciences. Today, by contrast, Discovery Channel features dozens of documentaries regarding African tribes and animals, while reality TV shows like Naked & Afraid, filmed on location, have gone a long way to demystifying the continent and its people, robbing Africa of its Orientalist appeal. Aside from that, our ethics have changed. Technological excess, coupled with expanding industrialization, has beaten the jungle into submission. We are more concerned with conservation and environmentalism now, so that the iconic image of a man wrestling and killing a lion seems cruel and outdated. But I am not the type to judge a book by the ethics of our time. No doubt, our moral compass will shift in the future, and things we deem acceptable may seem abhorrent to the people living a century or two from today. But I found the novel’s excessive and blatant racism impossible to ignore. We’re not talking woke culture here (much as I loathe using the term); this isn’t the same as calling a black supermodel “exotic”; and I do agree that we can often be too politically correct, especially when we ruin a person’s career over a single racist comment. No, I am talking about some seriously racist sh*t. Even for 1914, Tarzan of the Apes’ depiction of black people is egregious, which made it hard for me to read.

I became interested in Tarzan after reading Edgar Rice Burroughs’ The Land that Time Forgot and the first in his John Carter series, A Princess of Mars, both charming in a pulp fiction sort of way, where the hero always does the right thing for the sake of doing good. For me, Burroughs is a refreshing departure from the ponderous and pretentious fantasy novels crowding shelves these days, with their amoral antiheroes and severely cynical outlook (see: Game of Thrones). At one point, I joked that I might have been Burroughs in a past life, owing to his penchant for monsters, adventure, and of course, naked heroes. I am even planning a similar story, about Thelana living in the jungle, and thought this book might help to inspire me (it didn’t). But after reading Tarzan, I decided to distance my name from his.

With Tarzan, I thought I knew what to expect, and was not unsatisfied in that regard. All the flaws in Burroughs’ writing are present: excessive exposition, melodrama, stilted dialogue, and sentences that can never be too long or lacking in modifiers. But its the concept that sets Tarzan apart from his other works, making for a superior though not quite classic novel. As most people are aware, Tarzan’s parents, the Lord and Lady Greystoke, are stranded off the coast of Africa. Alone and with few provisions, and a baby on the way, this makes for great drama, but food and water are rarely an issue. It’s the lions and panthers and gorillas that pose a constant threat. Was Burroughs ignorant to real survival situations or simply playing up to expectations? Needless to say, the people of that time would likely be surprised by Naked & Afraid in that the survivors are not constantly fending off lions. Even the gorilla, which we now know to be passive and intelligent, is portrayed as little more than a mindless killer.

When the heir to the Greystoke name grows up, the book takes a dramatic downturn. Being raised in the jungle, Tarzan becomes superhuman, someone to give Batman a run for his money. Not only can he out-wrestle a gorilla and lift weights that would otherwise take four men, but like Wolverine, he possesses superior senses and can even heal faster. In one embarrassing passage, Burroughs emphatically states that the “lower orders” have no advantages over humans with regard to their olfactory senses, that with training, a human’s nose can rival that of a dog. Even in 1914, basic canine biology was known. Doubtless, a little research would have helped the story a great deal. But readers of that time were not as demanding of scientific accuracy. Now super powered protagonists are all well and good, even if implausible, but Tarzan’s abilities are so ill-defined, there is rarely any sense of danger. The other problem is the novel’s lack of focus; it reads like a hodgepodge of loosely connected adventures, like the serialized pulp Sci-Fi/adventures popular in magazines at the time. No wonder Rudyard Kipling, author of The Jungle Book (1894), said Tarzan of the Apes was written so that Burroughs could “find out how bad a book he could write and get away with it.” In one chapter he is hunting a lion, in another defending his ape mother from an aggressive male, and still in another he is killing black people.

This is where racism rears its ugly head. Tarzan kills a lot of black people, wantonly and with little compassion. But what’s worse is how he does it, with a noose, hanging and then gutting the victim with a knife. Now, I have not done any research to know how synonymous the noose was with racism in 1914, and being that Tarzan uses a rope to kill other animals, I gave the hero the benefit of the doubt. I waited, patiently, for the arrival of the white man to see how they would be treated. Perhaps, being a creature of the jungle, Tarzan simply kills everyone. Unfortunately, this was not the case. While some pirates, who were white, are described as cruel and savage, the European and American whites, those of “noble” bearing, are portrayed in an entirely different light. Almost at once, Tarzan identifies with these whites as those of his own kind, as if the blacks in the village were something other than human. And when he falls in love with Jane, you are forced to wonder why he never considers any of the women from the black tribe as potential mates. Surely, as a young man living alone in the jungle, Tarzan has needs, even want of companionship, but to sate such desires with a black female is unthinkable.

The story picks up after the arrival of the white man, as Tarzan begins to unravel his origin through various clues left by his parents and by interacting with the newcomers. Eventually, he is taught to speak French (of all things), how to be civilized, and how to wear clothing and eat with knife and fork, all in an effort to court Jane. Despite being raised as an ape, he never thinks to rape her (a thing which is alluded to, but, I imagine, too taboo to state flatly). The reason for his conduct, again, speak of race and the value of hereditary in the author’s mind,

It was the hallmark of his aristocratic birth, the natural outcropping of many generations of fine breeding, an hereditary instinct of graciousness which a lifetime of uncouth and savage training and environment could not eradicate. p. 192

Later, when a French naval officer is captured by the black tribe (for no reason other than that they are bloodthirsty cannibals), Burroughs writes,

And then began for the French officer the most terrifying experience which man can encounter upon earth—the reception of a white prisoner into a village of African cannibals. p. 200

And then Burroughs has this to say,

Not to worry, because Tarzan shows up in the nick of time, using his lasso to hang one of the black men, which causes the others of the tribe to scurry off in a panic. When the French man is nursed to health, Tarzan returns him to his cabin on the beach, but then in a moment of confusion this happens,

. . . suddenly in the half dusk of the open door he saw that the man was white [egad!] and in another instant realized that he had shot his friend and protector . . . p. 235

But it’s not all bad. After reaching civilization, Tarzan learns to converse like a gentleman, and at one point says something which almost redeems the authors’ racist views,

. . . one might as well judge all blacks by the fellow who ran amuck last week [a black man murdering people, again, without reason] or decide that all whites are cowards because one has met a cowardly white. p. 249

Strangely enough, the book ends in America, but Tarzan’s courtship of Jane is never resolved, and the book ends in a Lady or the Tiger moment. The story is continued in the twenty-five (!) sequels.

Was Burroughs a racist? On the one hand, it was 1914, and he may simply have been catering to expectations, keeping in mind what little was known of Africa and the customs of its natives. This was also long before the Civil Rights movement, when interracial marriage was still illegal. On the other hand, this is considerably after the writings of black abolitionist Frederick Douglas (1845-1892) and Charles Darwin’s The Descent of Man (1871), who argued that race did not exist. At best, we can say Burroughs was simply uneducated, but Tarzan of the Apes is no doubt racist, unapologetically so, which both hurts the novel and ensures this once beloved hero fades into obscurity. 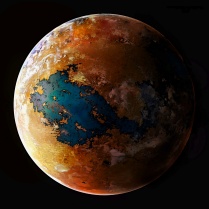 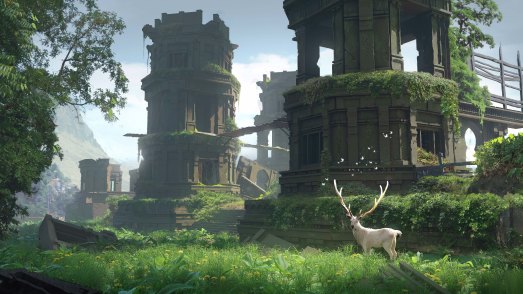 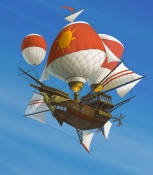