This is the most annoying question I get about Ages of Aenya, whenever I post a picture of the Ilmar on social media. While the vast majority of comments are positive, I will inevitably get roasted for lack of realism on Facebook fantasy groups that allow for artistic nudity. On these same forums, loin-clothed monks punch dragons without anyone raising an eyebrow, but remove that loincloth and suddenly we’re in a world too far removed from reality. “She can’t go naked!” gets thrown at me time and again. It’s like they’ve never heard of the Ancient Greeks, or the Celts (who even fought naked), or Amazon tribes, or your everyday, modern American nudist. Oddly enough, nobody will admit to being offended by the human body, as nobody wants to sound like a prude, yet they’ll justify their discomfort by saying things like, “What does she do about mosquitos?” and “What about branches?” Again, these same people have no problem with barbarians covering their crotches in thin strips of goatskin, because, I suppose, bugs can only bite you in the ass. This is amusing to me, because while I have never personally fought a dragon, I can say that I have hiked naked in the hills of Greece, and in swampy Florida, mosquito capital of the world, and never once did I get killed by bugs, or had my penis shorn by a tree. We can blame the Puritans for this aversion to nudity, and the absurd belief that humans can’t go anywhere without clothes. But among readers of Sci-Fi and fantasy, you might expect a greater level of open mindedness. Think of it this way—not only can we mere Earthlings never survive in the buff, but neither can any human-like creature on any planet in the multiverse! Faster than light travel? No problem. No pants no shoes? Impossible!

There’s one thing my detractors and I can agree on: Americans find casual nudity weird. Sure, the human body is acceptable when surrounded by a dozen or so erect penises, but put a girl in a tree with a bow and arrow and we’re in crazy town. Even my supporters can be disparaging, when they ignore everything in the picture to focus exclusively on the ten or so pixels making up a boob. Are we really just a bunch of dumb, sex-starved monkeys? The guy who left me this actual comment, and I quote, “kewl boobz!” will probably be disappointed by the absence of sex in Ages of Aenya, or lack of any juicy passages describing genitalia. In the good ol’ US of A, it’s gotta be PornHub or Disney, and there can be no middle ground, which is why I am finding it necessary to shift my attention to other parts of Aenya. Much as I adore my innocently naked heroes, bringing them into the mainstream may not be plausible in our hyper-demographics focused society, which is why I have spent the past several years working on other stories.

As I have said to my troll friends time and again, if I am a failed writer, it is only because I have set the bar so high for myself. I know many authors who would be content with where I am, but my goal is nothing short of a million copies sold.

While it may sound egotistical, I really don’t know how else to put it: I have read hundreds of books, and nothing I’ve come across has convinced me that I cannot do what these other famous authors have done. Maybe I can’t write characters as engaging as J.K. Rowling, or build as convincing a world as Tolkien, or be as prolific as George R.R. Martin, but I persist in the belief that Aenya belongs on the shelf with their books. It’s like watching an Olympic athlete win gold, and knowing with confidence you could have at least taken the bronze. From the time I was in college, professors, classmates and readers of fantasy have said to me, “Why aren’t you published yet?” I’ve even been told, by fans (who I don’t know personally) that they preferred reading about Aenya to other well-known fantasy novels they enjoy.

Right now, the book market is saturated. There are just too many talented people vying for attention in this “attention economy,” and with Facebook, Twitter, YouTube, Netflix and a plethora of video game systems, people’s entertainment options are near infinite. Even the most talented among us get lost in the shuffle. I have met amazingly gifted people who have thrown in the towel because, despite a strong following, they simply cannot make money doing what they love.

I have despaired over this many a night, but the solution is pretty straightforward: you have to be exceptional, truly stand-out exceptional, to get noticed. It’s no longer sufficient to write as good as those on the shelves, you’ve got to be better, A LOT BETTER, and to this I say: challenge accepted.

The Princess of Aenya is my best work, and I believe it has what it takes to make a splash in the literary world. Unlike my first novel, it has greater market appeal, without those implausibly naked people in it, but, most importantly, I think the story will be harder to ignore. My plan is to reach out to individuals with far greater status. Should Stephen King give his stamp of approval, doors will open.

The Silmarillion and Strange Inspiration

Strangely enough, I find encouragement in the most unlikely of places. Few people can imagine the father of fantasy world-building, J.R.R. Tolkien, as anything but a master of his craft, well-beloved by all, but like most who have suffered from the writer’s disease, he also struggled immensely. Tolkien spent a lifetime feeling misunderstood, often being rejected by his publisher, who did not understand what it is he was trying to accomplish.

This unexpected revelation came to me upon delving deep into Tolkien lore, having picked up the more recent titles released by his son, Christopher, which include Beren and Luthien, The Children of Hurin, and The Fall of Gondolin, all of which appeared previously in The Silmarillion, a prequel, of sorts, to the The Hobbit and The Lord of the Rings. But while The Silmarillion was published toward the end of Tolkien’s life, Christopher writes that his father had conceived of the epic long before the tiny people with furry feet. Scraps of notes regarding Beren, Turin and Tuor, Christopher tells us, originated early in his father’s life, a few of which were composed in the trenches of the first World War. After The Hobbit gained worldwide attention, Tolkien was eager to share his lifelong labor of love, The Silmarillion, but neither his agent or publisher could make heads or tails of it. They told him, instead, to write more about hobbits, and The Lord of the Rings came as a result.

The Silmarillion is a HARD read, and I really would not recommend it to anyone but the most devoted of Middle Earth fans, or, perhaps, to readers of history, because that is what the book essentially is, not so much a novel but a pseudo-history, remarkably rich in detail, with more places and people than I could keep track of. Imagine the entire seven book Game of Thrones series (properly Song of Ice and Fire) condensed into 300 pages. That being said, interspersed between dense passages of Middle Earth lore, you come across genuinely wonderful storytelling, and I find it a shame that Tolkien did not publish these separately, as I think that just about anyone can enjoy them, but that few probably have, finding the historical sections connected to their original release impenetrable. All the more reason I applaud Christopher’s decision to turn these tales into standalone novels, particularly Beren and Luthien, a fairytale romance on par with Tolkien’s best, if not his most moving tale. If Hollywood is starving to milk the Middle Earth cash cow, they need look no further than Beren and Luthien. Hopefully, the upcoming Amazon series—which is slated to become the most expensive show ever—will explore content from The Silmarillion, and not just rehash Peter Jackson’s epic.

Tolkien’s struggle encourages me, and drives me to build my own massive storytelling cathedral, because the Aenya that exists in my mind is far grander than any reader has yet imagined, perhaps not on the level of The Silmarillion, but a true epic in its own right. It may simply be that, like Tolkien, I must persevere, and march to the sound of my own drummer, perhaps until my death, or start the reading masses off with a more palatable story. The Silmarillion would have, no doubt, been lost to obscurity without The Hobbit. Perhaps The Princess of Aenya will be the key to bringing Ages of Aenya into the light. Maybe once I am established, nobody will pester me with questions regarding the implausibility of naked heroes. When you have a name for yourself, and earned the public trust, the people follow.

If you’re curious about The Silmarillion, I highly suggest a visit to the bookstore to take a look. It is truly unlike any fantasy story you’ll ever read, equal parts history, myth, romance, tragedy and adventure, and I found it all the more compelling in that it was so different, but then again, I am a history major with a love for myth. And while it may seem a challenge to get through, you may be glad that you did.

As for the Aenya-verse, The Princess of Aenya is in the editing process, the cover is almost complete, and it should be ready to order from http://www.nickalimonos.com early 2019! 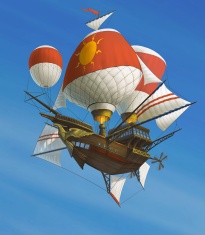 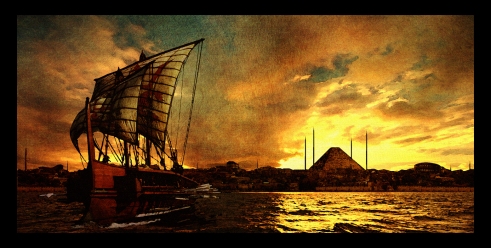 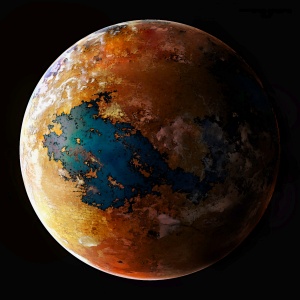 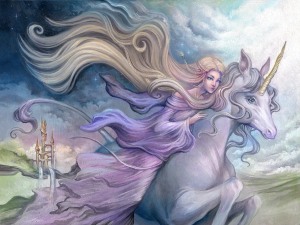 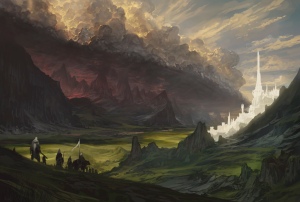 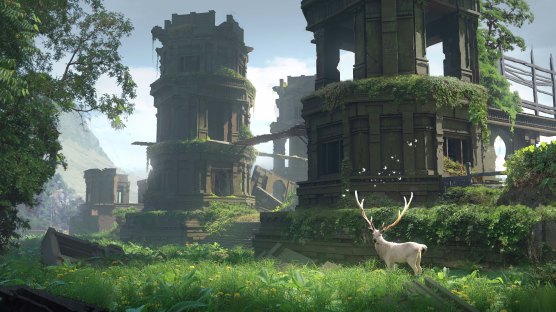