Athalia, Niah, and Liana are the daughters of Davos and Kiki, and the younger cousins of Ecthros. Oblivious to the turmoil surrounding the lands to the north (Tyrnael and Northendell) and south (Ilmarinen, Hedonia), the three girls live an idyllic life in the small trading town of Yefira, which is known for its rolling hills, windmill houses, and proximity to the Tectonic Chasm, a gorge that encircles the planet. Hazel, Niah’s rabbit, is being cradled by four-year old Liana, the youngest of the three girls.

Learn more about Athalia, Niah, and Liana in the sneak peak below, or get the whole story in The Princess of Aenya.

The morning had brought rain, and where grass gave way to damp earth and soft clay, the ground remembered the trespass of children. Hazel followed the impressions of young human feet across the vale, dashing from thicket to tree stump, from the corner of a barn to the shadow of a wagon wheel. Gradually, he made his way down the slope of Yefira, toward the lowlands in the east, where the world ended.

The three sisters were with two shirtless boys Hazel vaguely recognized. They gathered near a great chestnut tree that was leaning over the drop. Athalia, the tall one with the freckles washing over her nose, sat with her blue and white dirndl folded under her knees, with her back against the tree’s gnarled bark. She was listening to Niah talk, who was wearing her wooden shoes on her hands, and whose face was twisted into a scowl. The boys were responding with unhappy noises of their own, and although she stood a head shorter than either of them, Niah was staring them down, cowing them into a submissive posture. Hazel, being a rabbit, could not understand the meaning of the sounds they were making, but could sense the tension rising in the air, the potential for danger prickling the hairs of his ears. Perhaps she was upset that Hazel had gone missing, and was asking after his whereabouts. She was likely worried about him, more than usual given his recent return from the long sleep, from where he knew rabbits rarely—if ever—returned, and Hazel started to feel guilty.

With quiet little hops, he edged closer to the gathering, to avoid getting stepped on, when he spotted Liana, the youngest of the sisters, climbing the tree. Her dress, the one with tiny yellow primrose flowers sewn into the fabric, billowed around her ankles as she clambered, unsteadily and on all fours, along the bough. Suddenly, the taller of the boys turned angry, strutting within reach of Niah. He reminded Hazel of the rooster, making a lot of noise with his chest puffed up. Whatever Niah was saying to him, he was not approving of it, and now Athalia moved to intervene, getting to her feet and waving her arms. For the rabbit, it was all very confusing, for there was not a vegetable within scent’s reach, and what else was there to fight over but food? He crept closer, ducking so low that the tall grasses closed over his spine, continuing toward the gnarled chestnut roots. Liana, all the while, teetered along the branch toward a solitary nut, which was dangling precariously over the drop. The boy was now holding Niah’s forearm, his fingers turning pink about her wrist, and she was shouting, frantically twisting her body to pry herself from his grip. Hazel wanted to dash over and bite his toe, but he was not a dog or a fox or a rooster. His teeth were hard and could draw blood if threatened, but he was unable to do anything but arch his back under the high heather, watch and shiver.

Liana remained oblivious to all but the chestnut, sidling ever nearer to the object of her desire, occasionally losing her grasp as the tree limb dwindled in her embrace. Here the wind gushed from the depths of the underworld, up and into her face, making her hair dance and her eyes shut, and blowing up her cheeks like the sails of a whirlydinghy.

Athalia reminded Hazel of a rabbit. Even for her age, she was taller than the others, nearly reaching her mother’s height, but was slow to action, uncertain of herself, nervous. Like prey. Niah was of a different species, it appeared, as she swung her arm about in a wide circle, her fist in her clog. The boy let go as her wooden shoe smashed into his face. His nose was bunched together, like a trampled bouquet of cauliflower, and was turning colors, and water started leaking out of his eyes. Now Athalia rushed to him, to stare closely into his face, with a melancholy, pitying look. The shoes went clacking to the ground, and Niah was biting her lower lip, walking softly backward, away from the weeping boy and his friend and her sister. Hazel considered making his presence known at that moment, the tension having subsided, when sounds of groaning and snapping sounded from above them.

The tiny girl came crashing down, still clutching the broken branch, the momentum carrying her down the slope toward the end of the world. She rolled sideways, dead leaves and bark shavings catching in her hair, and Athalia moved after her, more rapidly than Hazel knew the girl could move, swift as a hare fleeing from a wolf. Niah came next, and the two boys. Everyone was calling Liana’s name, their voices shrill and frightened. But someone had built a house into the cliff face below their feet, and Liana landed onto its rooftop. When, finally, they managed to pull her to level ground, they made angry sounds at her. Hazel could not comprehend the reason for this reaction. Niah was safe. Was laughing even, but her sisters’ faces had changed to a reddish hue, and were becoming wet from the water shedding from their eyes.

Niah watched the boys slip down to their father’s workshop, and when they were gone from sight, she remembered to snatch up her shoes, as Athalia started in on her usual speech, mimicking their mother’s exasperated tone with annoying accuracy. “Liana! What in the Goddess’s name were you thinking?”

Liana, looking at the grass, could only shrug. “I dunno.”

“You could have fallen into the gorge!” she scolded. “Is that something you want? To fall and fall forever, until you die of old age falling? Because that’s what’ll happen to you, you know.”

Tears started to form in the corners of Liana’s eyes, and in a long, slow motion, she drew her arm across her nose, leaving a trail of mucus to harden against her cheek. “I dunno,” she said again after a time, having contemplated the question, but with nothing more to say.

“Did you ever stop to think what would happen to me? Or to mother? If you went over the drop?”

“I—I dunno!” Liana said with finality, sobbing as she wrestled with her words.

Niah could not stand to hear any more. “Come off it, Ath. She’s learned her lesson, obviously. Won’t ever do it again. Right, Liana?”

The four-year-old wiped her nose the other way, drawing a yellow streak across the opposite cheek. “I dunno.”

Athalia busied her fingers about the little girl’s scalp, picking the brambles still tangled in her hair. By the end of it, Liana’s head would look a frizzy mess, and their mother would be needing an exhaustive explanation, but the toddler, having shed enough tears to satisfy them, turned at last to Niah, saying, “So did you find Hazel?”

As if summoned by its name, the fawn-colored rabbit emerged from the surrounding thicket, bounding into her waiting arms. “Hazel!” She pressed its slim form to her bosom and nuzzled its ears with her nose, which poked up from the crook of her elbows. “Where in Aenya have you been?” she asked in all earnestness, as if the rabbit could offer her some detailed account.

“This is all your fault!” Athalia remarked. “If you weren’t so convinced Colin had tossed him over, we wouldn’t have almost lost Liana.”

“Don’t be ridiculous, Ath,” Niah shot back. “We didn’t lose Liana. And, well, when I told him how Hazel had come back to life, Colin called me a liar, and I just thought . . . I thought he’d done something mean, because he didn’t want to look stupid when I’d show him.”

“I thought so, too, but did you see Baba’s face? He turned white as a shade when he saw him hopping around.”

The moon was growing in the pale turquoise sky, and the sun was merging into it, melting across its rim in shades of oranges and reds. Time had snuck past them unawares, and Niah jerked her head up in alarm, her rabbit following with its ears. “It’s eclipsing!” she cried. “Baba’s going to kill us.”

From the base of the gorge to the peak of the hill, Niah drew her gaze, counting the hundreds of domiciles climbing up and over the slope, a warm light flickering one-by-one from every window, a gray ribbon swirling from every chimney.

Whatever questions her mother was bound to have did not trouble her, but for Baba, Niah had a weakness. Because he was too often gone, too long and far from home during his merchant voyages, and even now her heart ached to think on him, worrying.

“Baba is going to come searching for us. Leave her hair and let’s go.” Niah started up the hill, not bothering to look back, squeezing Hazel against her bosom. “Promise you’ll never run off like that again, alright?”

What are you waiting for? A world of wonder, adventure, and enlightenment await you in the pages of The Princess of Aenya 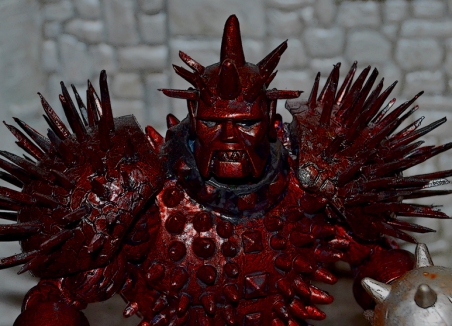 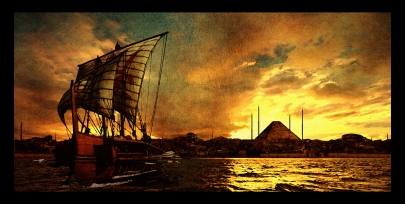