It’s probably no secret by now that I love Dungeons & Dragons. I’ve been playing for about thirty years, since 1985~86, and it’s been like kerosene for the flame of my imagination. Before D&D exploded in popularity, I was embarrassed to tell people I played, as if no serious author could harbor so much love for such a nerdy pastime. This was also before we knew big-name writers, like George Martin, were fans of tossing the d20 around. D&D inspired a lot of moments in my stories, including the snake pit scene in Ages of Aenya and the tetra-claw beast from The Princess of Aenya. In fact, the entire first chapter of Princess started out as a 4th edition game, and I created the tetra-claw beast as a child, a monster that sat around in the basement of my brain for thirty years until I summoned him onto the page. I’ve even turned Thelana into a character, and the Ilmar into a playable race for 5e.

This being the YouTube generation, I decided to focus my channel, Let’s Play D&D, on my favorite game, and in this way, hope to eventually introduce people to the world of Aenya.

Please keep in mind, I am still new to YouTube, still learning the ropes about lighting and audio fidelity, but I do think I am getting better! So if you like D&D or if you’re just an Aenya fan, please check it out!!! 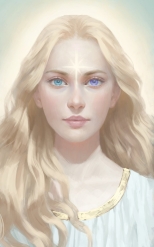 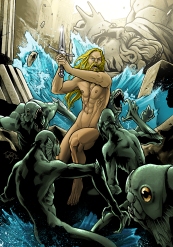 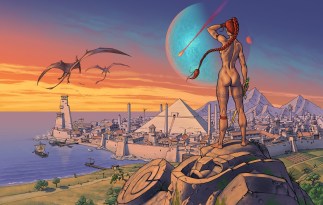